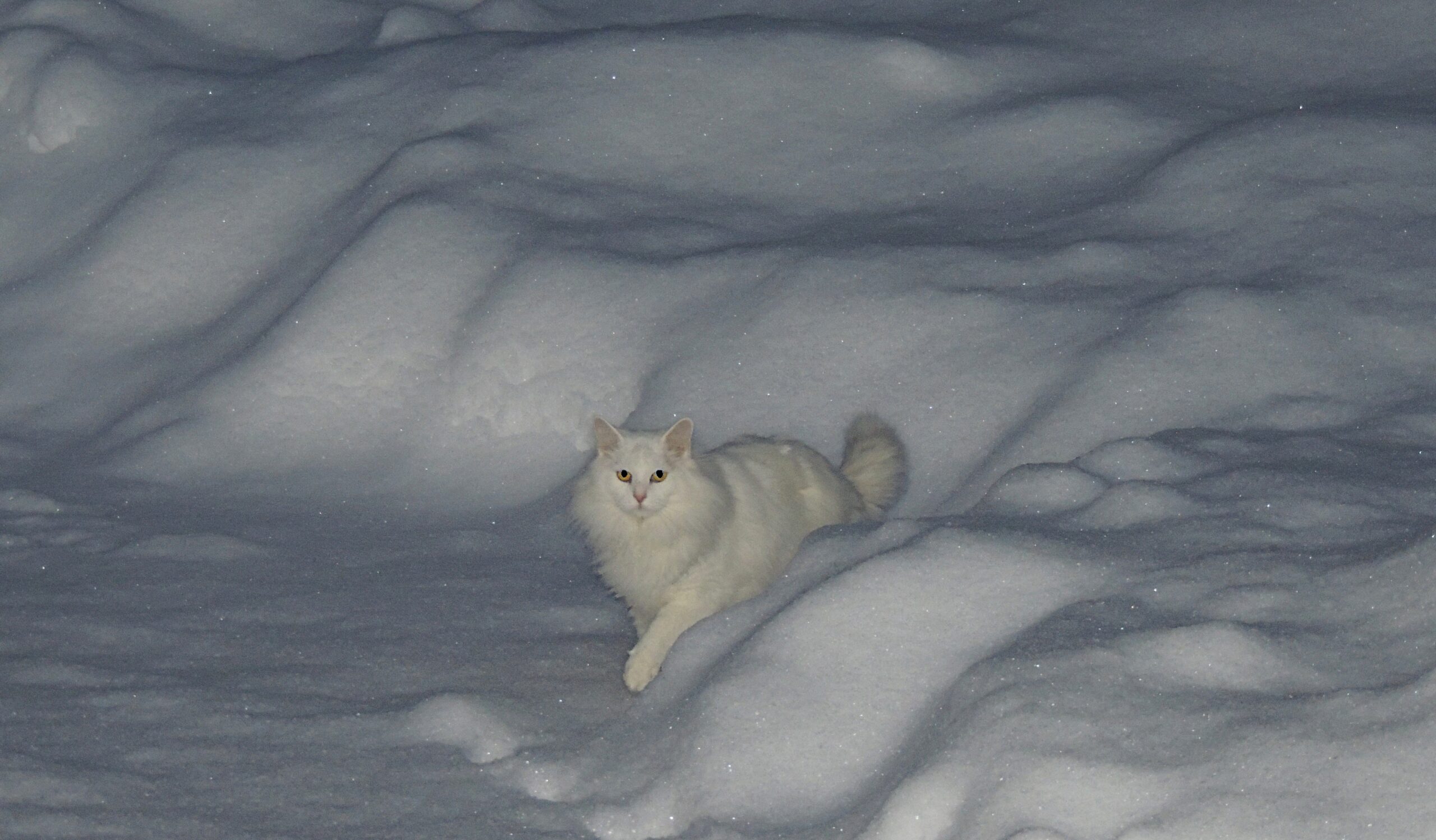 UNITED STATES—I must confess! A couple of cat lovers expressed upset feelings with my decision to write about dogs and not cats a couple of weeks ago.

One of them asked me to write about why exactly WHITE CATS are special, instead of just “average normal cats.”

First of all I am surprised there is not as much information about them as there is about black cats.

All breeds can produce leucistic (white) or melanistic (black) kittens, depending on the pigmentation.

Everything seems pretty breed specific, and the only all white all the time cat I could find is the Van Cat.

Wikipedia says they are typically white and “ruddy” and the website differentiates them as a “landrace” feline not a “formal breed” meaning the cat is not bred and occurs naturally in a region called Lake Van, in Turkey.

Most of the photos of them had the same characteristic 2 different eye colors. Heterochromia, or as some term, an “odd-eyed cat.”

Just like black cats, white cats have a foothold in different superstitions.

In America dreaming about a white cat brings good luck.

In the United Kingdom, white cats are sometimes considered unlucky because they are the same color as ghosts!

Nordic myths say FREYA’S chariot was pulled by white cats, while the Celtic Ceridwen used them to carry out her magical desires.

A study at Berkeley suggests that people believe that white cats are lazy. The funny thing is these people must not have had a good control group… THEY ARE ALL LAZY!

King Osorkon of Egypt loved his, and had white cats incorporated into his temple!

In Japanese and Chinese cultures, there is a character called the MANEKI NEKO: a popular talisman cat comes in different color variations.

If the GOOD LUCK cat is white, it’s said to mean, “Happiness, purity, and positive things to come.”

The happy good luck talisman cat is speculated to be what inspired the creation of Hello Kitty.

I have a theory that white cats are revered by some people because of the basic primitive “white equals good and pure” concept that we also see behind wedding gowns being the color that is also labeled as a LITURGICAL color in Christianity.

With very little research I have found many famous people have had white cats: Zsa Zsa Gabor, Taylor Swift, Elvis Presley, Cameron Diaz, Marlon Brando, Marilyn Monroe, and George Harrison. I’m sure there are many more!

ONE COULD speculate that perhaps the reasoning behind possessing a white cat, subconsciously or not, is because the pet owner hopes it will bring them one step closer to God, Heaven, or just plain old good luck?