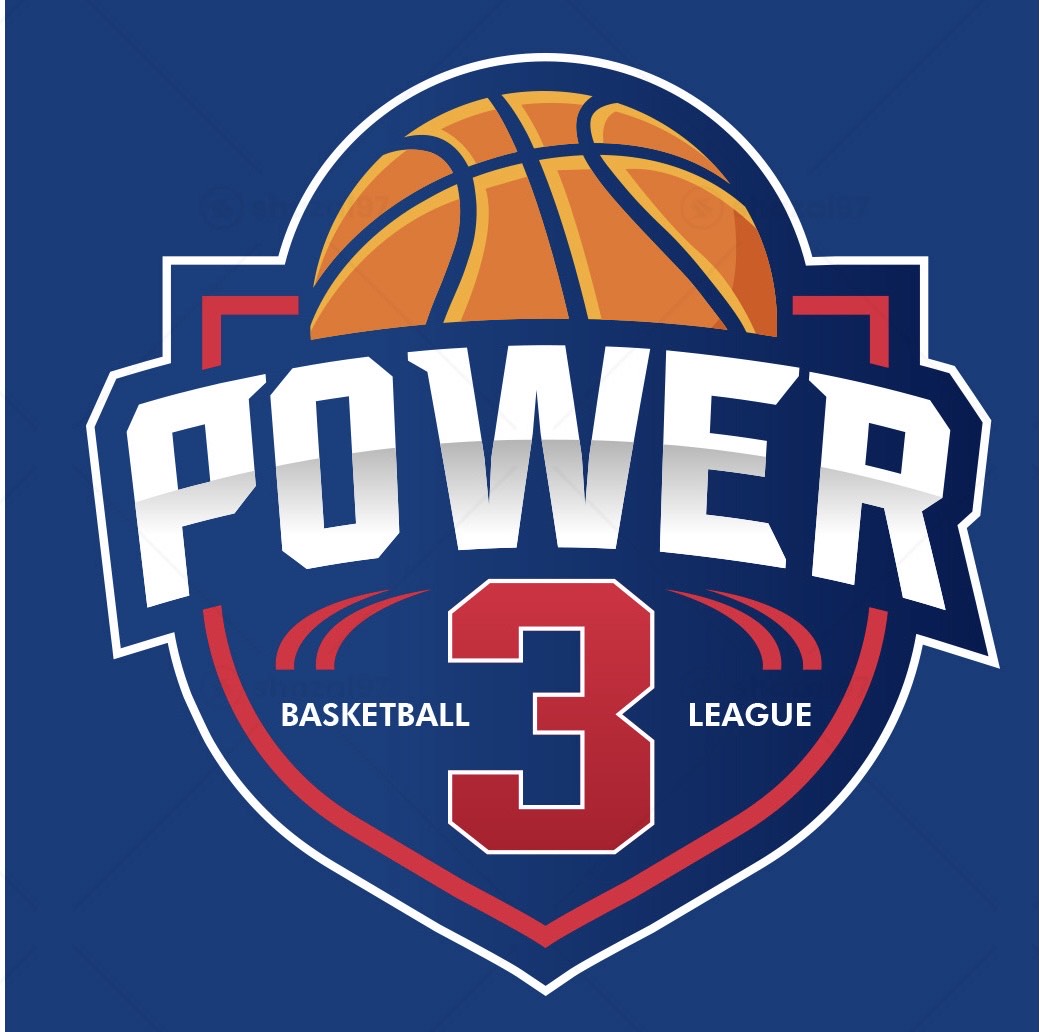 UNITED STATES—The NBA will never go out of business as the ownership of the teams is a “Who’s Who” of the mega wealthy. However, in spite of excellent leadership by Adam Silver the league is experiencing slippage.

The NBA’s problems started with the China debacle.  At the time, a minority owner of one of the NBA teams made negative comments about mainland China. The NBA had counted on revenue from China in their immediate and long-term plans. China quickly responded by banning all games. NBA Commissioner Adam Silver spoke to reporters before the 2020 NBA All-Star festivities where he confirmed the league will suffer “substantial” losses following a rift with China last October.

The biggest problem the NBA currently faces is that smaller franchises have zero chance to win the championship.  The dominance by only a few superstar players has destroyed the competitive nature of the game. The biggest issue is that fans tend to lose interest In their home team when year after year there exist zero opportunity to win a championship. The result is that television ratings have dramatically dropped. This also impacts merchandising sales.

There is no doubt that superstars are important in all sports. However, in the NBA superstars are hurting not helping the league (not fault of their own but instead circumstances). Let me explain.  Basketball has become an environment where one or two superstars when added to a team immediately turns the squad into championship caliber. The problem is there are only a handful of such superstars to go around.

In other sports adding superstars helps but is far from guaranteeing even a good season. Stars are important as they often polarize the fans. However lesser know players often are the fan favorite. Human nature has people caring about the underdog. Many people are looking for the next talent that will drive their team into contention. Look a few years ago when Jeremy Lin “linsanity” took the world by storm as a good example. Smaller franchises are losing fan interest at alarming rates as they realize that the team has no chance at the championship.  Simply making the playoffs is not comparable to being the champion. 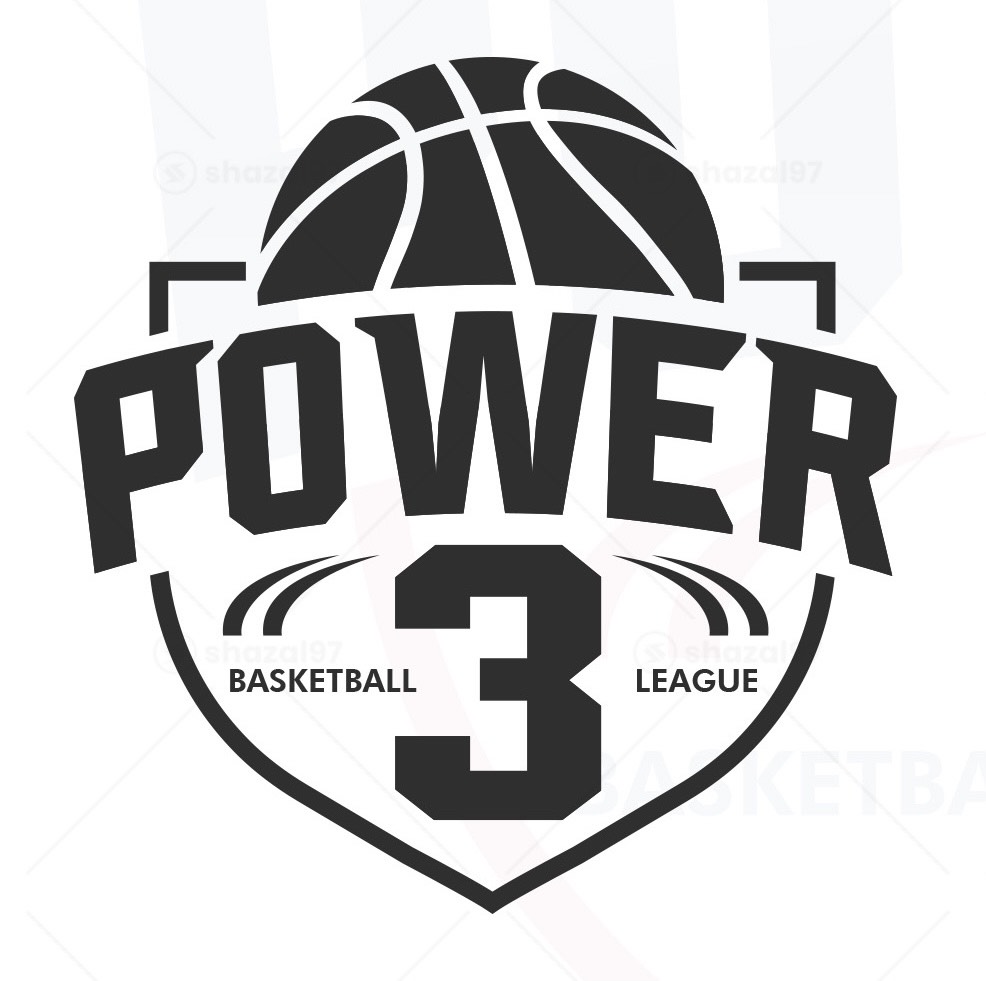 In both baseball and American football, the stacking of talent helps but does not assure a championship. Over the last several years, we have observed both football and baseball producing championship seasons with second string players. Just a few years ago for example the non-starting quarterback, Nick Foles brought the Philadelphia Eagles a Super Bowl victory.  In another example, the Kansas City Royals a baseball team won the world series mostly with players nobody heard of before the series. Championship basketball on the other hand is all about one or two players and the dynasties that are created.

There is an old adage in entertainment field that the voicing of political comments is risky and can often turn off fans. For actors it is best to avoid publicly voicing political comments. The reason is simple, people watch sports and other entertainment as a release to get away from the real world. As a friend once told me he always opens the sports page first as it chronicles achieves. He went on the say that the rest of the news is just depressing. The typical fan only cares about being entertained.

People may find it fun to watch the 1941 movie “Sullivan’s Travels” as it is a real lesson in life. The story line is about a popular actor who wants to make a difference in the world around him. He is concerned and depressed on the world condition. I will offer no spoilers on the movie, but I advise to watch the excellent feature film.  Sullivan’s Travel can be viewed for free on YouTube. 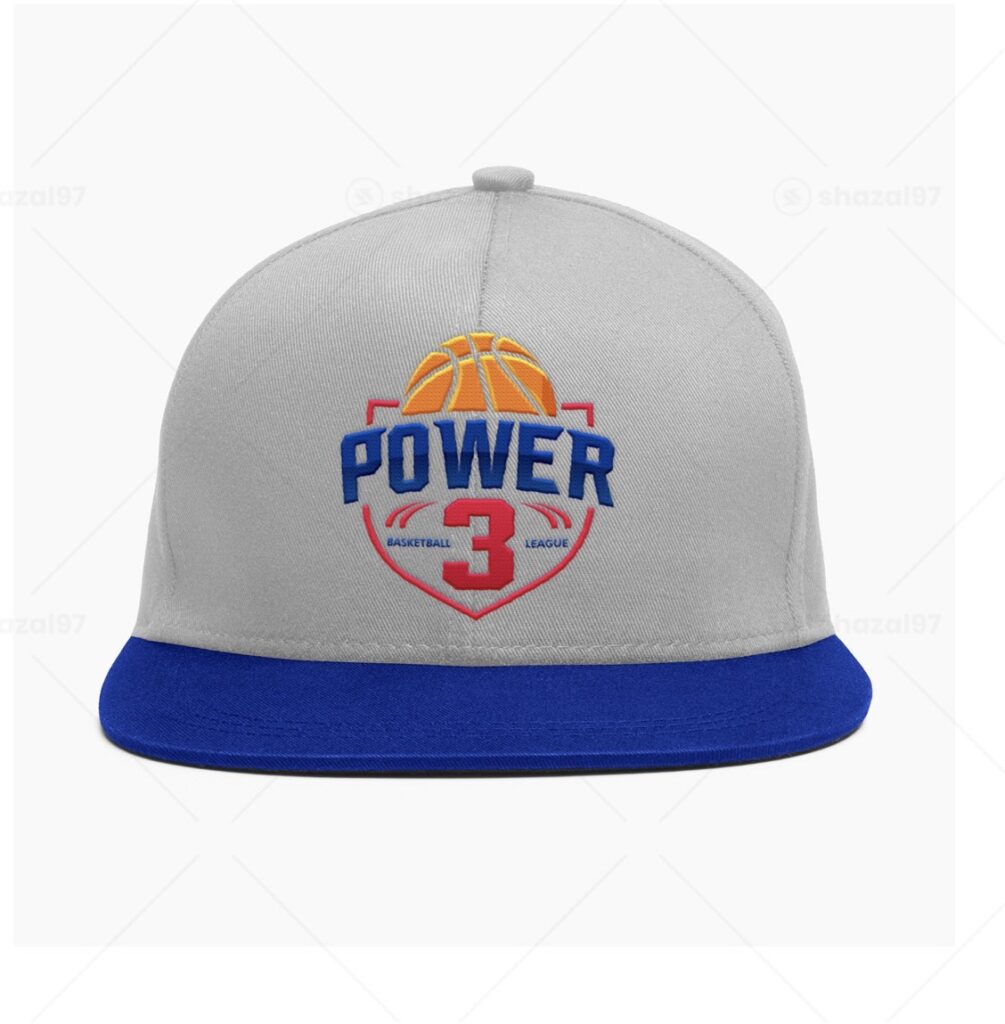 I have heard people comment that activism by players in the NBA has hurt viewership. I do not believe that this is the dominant reason for the lower ratings. We are in a new world that is interested in change.  As long as comments do not impact the actually playing of the game people will listen. Of course, activism turns off some fans but just maybe it is far fewer than some people believe.

In the movie world it is different. The Oscars has learned that audiences do not want to listen to political comments by actors. You only need to do is look at the ratings of the Oscars over the last few years to realize that this is a solid fact. Every year for as long as I can remember the winning actors have made political speeches. As a result, the following year ratings have dropped.

In some cases, those actors are no longer popular. While it is true that activism in any activity (that is not related directly to that event) will cause loss of fans and viewers, again I do not view this a huge issue in the loss of fan interest in the NBA. Instead, I believe that the NBA game is not as dynamic to watch as it in the past. It seems much of the drama of who will win is gone due to the dominance by only a few superstars.

For years, the NBA in a noble effort has reached for equality in the form of “The Women’s National Basketball Association” (WNBA). Sadly, it has been a losing proposition. Attendance at WNBA games has averaged (pre-COVID) under seven thousand people a game. The television audiences are so low it is not even worth mentioning. The league which was formed on April 22, 1996 has always suffered from a lack of fan support. According to the NBA commissioner The WNBA has lost money in each year of its existence.

The WNBA’s lack of fan success is such a shame as the league is exciting basketball and fun to watch. The ladies are amazing athletes and the game they play is top tier.  WNBA games are competitive and fast. The ladies hustle and are out there to win. Everything about the game is worth a fans time in watching.

To me basketball is the most exciting sport in the world. It one of the few team sports where a team can be down by many points and then with just a few minutes left, come back to win. In basketball the game is truly not over until the last buzzer sounds. I believe this is the reason the UFC and formally boxing were and have been so popular. In the UFC (Ultimate Fighting Championships) the underdog can always win, and the fight is never over like in basketball until its really over.

Now let us get to some great breaking news. A new elite professional basketball league has been formed. The league is named “Power 3 Basketball League” (power3basketball.com & P3BL.com) is fixing all the elements that are hurting the NBA. The Power 3 Basketball League is all about competition, having fun and winning. Giving the fans an experience that they will remember. 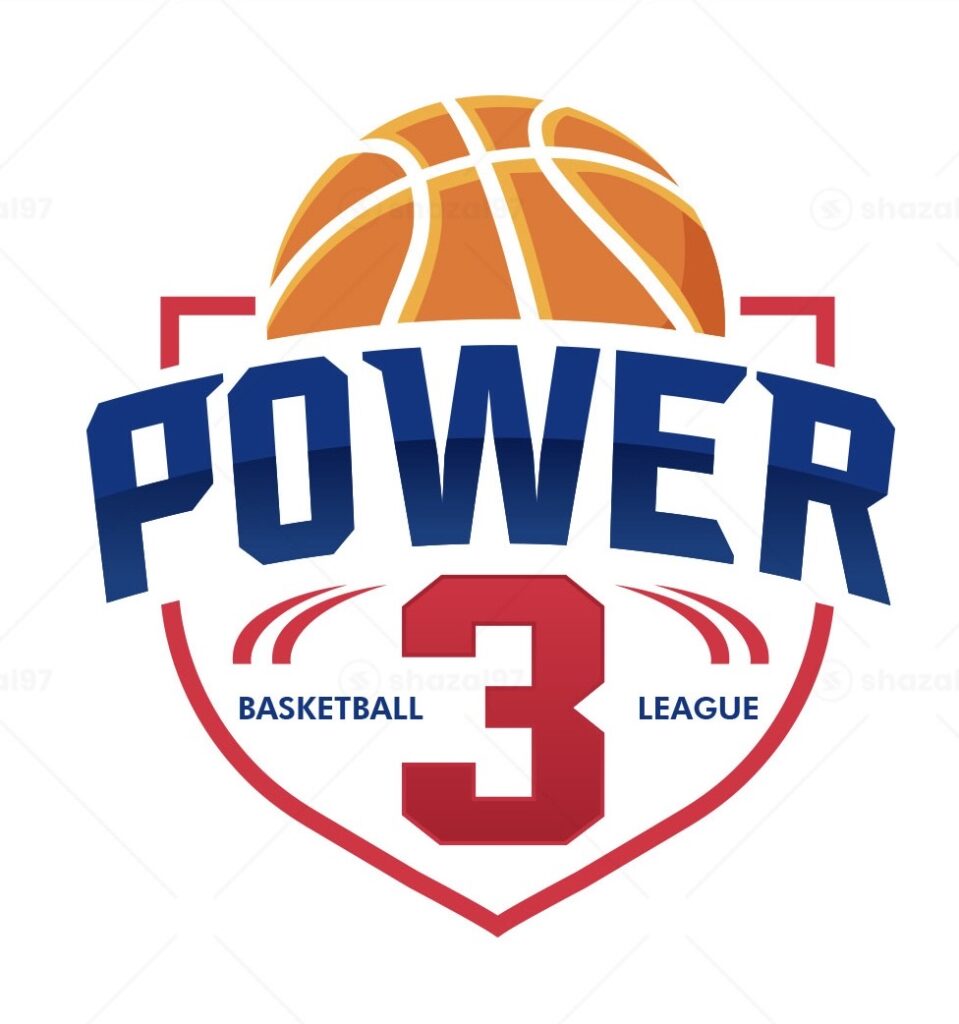 The make-up of the teams is much different than in the NBA. First, the teams will field only three players on the court at any one time, not five like the NBA. The teams will have a rooster of only six players made up of four men and two women.

Second, at all times at least one woman must be on the court and in action. Finally, the public will be treated what they have been missing by not watching the WNBA: “Great Play by Women”. In the new league in addition to the three-point shot there will be a four-point half court short and a seven-point full court shot.

The game will be thrilling, fast and fun to watch. Initially all teams will be in America located in selected keys cities. Later there will be teams in Europe, Asia, Africa, Canada, and Mexico. Imagine an even faster game 3 on 3 versus 5 on 5. If you have ever watched or played 3 on 3 it is exhausting, fast and fun. To play 3×3 the players must be in “phenomenal shape” as they are always running.

The league will not rely on network television but instead have its own streaming and strategic brand partnerships alone with joint ventures with various well known streaming services. This does not preclude a game of the week on traditional networks.

From the start of the new league three video games will be made available for free to fans. Each season new versions of the original games will be available to subscribers for a small annual charge. Merchandising will be the new fashion. Campaigns with major sponsors will assure adequate promotion of these games. There will be premium types of clothing and accessories that stand alone as a statement. It will be cool to wear Power 3 Basketball apparel.

Players will be of top NBA caliber. The league will compete with the NBA to sign top college recruits, recently retired players, current NBA and WNBA players. The goal of the league is to become (over the next ten years) the dominant basketball league in the world.

The founder of “The Power 3 Basketball League” John Probandt of is actively recruiting major financial partners in order be able to compete against the NBA. As Probandt pointed out, a team in the NBA sells for more than two billion USD. Raising the money, we need will be easy because Power 3 Basketball is so cool and in instep with our modern world.

Think about it with so many stock market billionaires in the last couple of years money is easy to find. Most investors will be people who have made a new fortune and are now looking to have some fun.  Cost of operating the league with only six people on each team and other factors will be minimal.

Mr. Probandt believes that Power 3 Basketball will be most exciting sport to watch in the world. The league will own 50 percent of each team to avoid the stacking of Superstars that has hurt the NBA. The goal is to have a league where all teams have a chance to win the championship. While the League will stay away from actually operating local teams, the setup is to assure integrity, competitiveness, and balance.

On the gaming side, book makers will love the P3B League as it will provide the intrigue that gamblers love. Fun to watch and easy to bet. The Power 3 Basketball League is the beginning of a new dynasty in the world of sport and competition. The fun has only begun, and the new league will be in full operation by July of 2023.