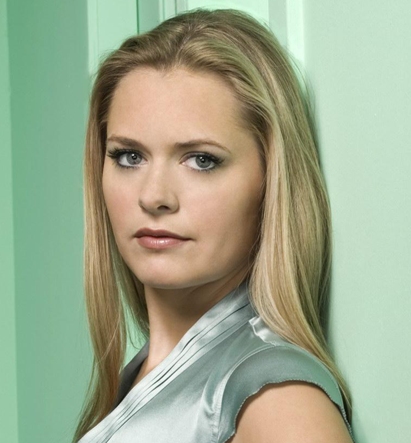 HOLLYWOOD—Actress Maggie Lawson has a rich history in television and in films, but has now tackled her biggest fears by going on the Los Angeles stage in the theatre performance of “greedy.” Perhaps having “Psych” costar James Roday as her director makes the daunting task a bit more appealing and exhilarating. Roday is well known as one of the most classically trained actors in Hollywood, but he’s also well respected on-and-off-Broadway for his superb directorial skills. “I’m not as nervous as I would be going on stage if I didn’t have James directing me. We are all in very good hands,” said Lawson.

Maggie stars as Juliet in the USA Network original series “Psych.” She was born and raised in Louisville, Ky., but has lost her southern accent through training. We laughed about my accent during the interview, which was a true pleasure. Lawson started appearing in local community and dinner theater when she was 8 years old. She became a youth journalist for the local FOX station before moving to Los Angeles. The actress’s television credits are numerous and include series regular roles on “Crumbs; It’s All Relative,” “Inside Schwartz” and “Spellbound,” and she was a guest-star and had recurring appearances on “E.R,” “Tru Calling,” “Party of Five,” “Smallville” and “Felicity.” Other credits include the lifetime mini series “Crimes of Fashion” and the TV movie “Model Behavior.” Lawson’s film credits include roles in “Cheats,” “Winter Break,” “Pleasantville” and “Nice Guys Sleep Alone.”

In discussing what she likes most about her role as Kiera in “greedy,” Lawson responds, “She is certainly like no other character I’ve ever played, Tommy. She is the opposite of most of my characters. But I love a challenge and this is so exciting to sink my teeth in for a chance. She smokes, I never smoked. So I had to go to one of those stores that sell the vapor smoking cigarettes so that I could learn how to smoke for the role, but not actually be smoking real cigarettes.”

Roday offers his stars a chance to be themselves, create and mold their characters. The maverick director, who also stars with Lawson has been inspiring to her. “I don’t think that anyone could make me or any of us feel so comfortable as James does. He’s so amazing as a director, he is now getting back to his roots and theatre is what he loves. I enjoy being a part of creating Kiera, a new character the audience will get to see up close and personal very soon. Whenever I look over and James is there guiding us through rehearsals, I feel so much better,” said Maggie.

“This is going to be an exciting project. Transitioning from my character on ”˜Psych’ to this totally different person for this role has been a bit frightening but even more exciting than I can describe,” said the actress. “James is there being supportive and he encourages me to grow in the role we are creating. He makes sure that the actor is a part of the process. Perhaps that’s why he’s such a great actor himself, he wears both hats very well.”

“greedy” opens on Saturday, January 8. For details go toreddogsquadron.com.
DISCLAIMER: This article was a contribution made by an outside agency or person. The content has not been verified by Canyon News. Please exercise your due diligence prior to relying on this article for factual information. Canyon News is not responsible for the views, words, and opinions of contributors.