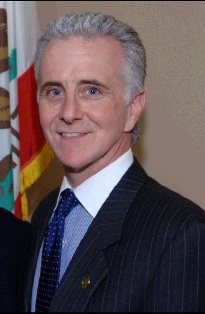 STUDIO CITY/SHERMAN OAKS—A 2006 ballot measure extended term limits for city council members from two to three, creating speculation that many members will stay in office after this March election.

District Two of Los Angeles, which stretches from Mulholland Drive in the Hollywood Hills to Big Tujunga Canyon Road in the Angeles National Forest, faces this issue of extended term limits in the election on March 8.

Krekorian was elected to city council in 2009 after serving three years in the California State Assembly and holding a position as the State’s Assistant Majority Leader.

According to the City of Los Angeles District 2 website, Krekorian’s most prominent platforms include fighting global warming and developing sustainable energy for the city and state, changing the district to be film-friendly and making it easier for film crews to acquire permits.

Krekorian’s sole opponent, Augusto Bisani, ran against him for the election seat last year but did not make the runoff. This year he is taking a different approach to getting elected, promoting “changing the status quo,” according to his official website.

Bisani, an Italian immigrant, has lived in Valley Village for 20 years and is a business owner. His primary concerns deal with providing jobs for citizens, improving schools and streets, and implementing the use of solar energy within the district.

The extended term limits allow Krekorian to run for a third term this year, and this provides a challenge for Bisani, who has yet to gain experience in office. In order to win the office this March, a candidate must receive a majority of votes. A runoff then will be held between the two top candidates on May 17.

Worrying Ourselves To Death