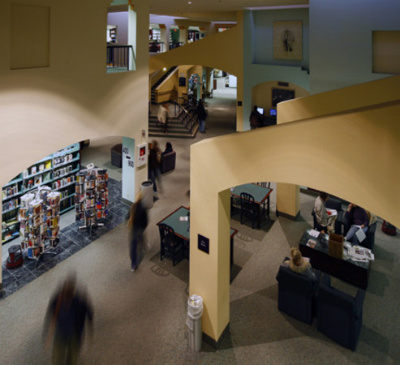 BEVERLY HILLS—Beverly Hills Public Library hours may not be extended during the early morning and at night at the very least until the summertime when the council considers whether there is enough money for it in the 2012-13 city budget.

Vice Mayor William W. Brien says it is unknown where the city will be financially in the next three to four months, as the budget is very fluid. Brien says that for this reason extending library hours should be discussed when the money is in place with which to consider a more long-term plan that addresses funding hours into 2013.

Councilmember John A. Mirisch wanted the library to open an hour earlier at 9 a.m. Mondays through Saturdays and to stay open an hour later until 9 p.m. Mondays through Thursdays. Mirisch wanted this to happen sooner rather than later out of concern for the people waiting in line in the morning to get into the library and because of parents who expressed regret that their children can no longer take advantage of the extra hour of operation at night in which to study. The former library patrons need the service more than ever given the bad economy, he says.

Nancy Hunt-Coffey, assistant director of community services, estimates that extending the library’s time of operation by one hour at night on most weekdays would cost about $89,000, and opening one hour earlier every morning except on Sunday would cost about $7,000 less. Nighttime hours would run additional money because full-time staff members who end up working for four hours past 5 p.m. are entitled to a three percent bonus on all the hours that they work during the day.
Mayor Barry Brucker says he is interested in knowing when patrons come to the library more during the two proposed hourly periods in order to justify paying for one or the other. Checkout data collected from April 2008 to March 2009 indicates that about one-third of all the people who come in throughout the day utilize the 8 p.m. hour. But more research would be needed to determine library use from 9 a.m. to 10 a.m., particularly as it relates to the summer when students would likely use it less.

The council has agreed that it will look at this information when considering the matter during the budgeting process.

Councilmember Lili Bosse says she prefers waiting until the $3.2 million renovation of the library is completed so that hours could possibly be extended for the new children’s area and the Teen Zone as part of the overall plan. In addition, Brucker says that opening earlier in the immediate future could come into conflict with contractors at work.

Mirisch voted against the renovation in December 2011, preferring that the money instead be spent on improvements to the city’s southeast section. He says that if the city can find $3.5 million to renovate the library, it can find $89,000 to extend its service.