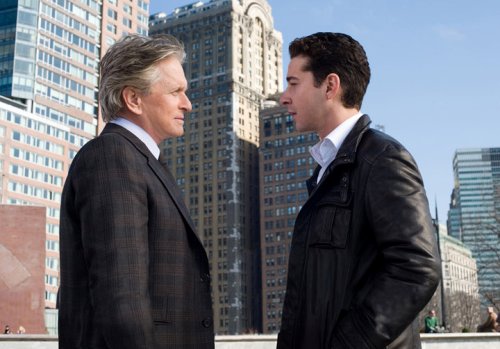 HOLLYWOOD—Everything hitting theaters this fall isn’t all drama. For those looking to prolong that summer movie experience with explosions, gunfire or thrills, look no further because there are bound to be fan favorites this fall. Ben Affleck returns to the director’s chair and in front of the camera with the action thriller “The Town” opening on September 17.  He plays a bank robber who attempts to turn his life around, but finds that a difficult task because the woman he loves holds the key to his fate. Jon Hamm, Jeremy Renner and Blake Lively co-star in the flick.

Audiences ready to give M. Night Shyamalan another chance to scare the daylights out of them, may want to catch “Devil,” arriving in theaters on September 17.  In the movie, five strangers find themselves locked inside an elevator, but someone isn’t who they claim to be; one of them is actually the devil. There has been quite a bit of buzz with audiences about this picture and anything involving a claustrophobic space is fun to watch.

For those looking for a bit of comedy in their action flick, tune into “Red” hitting multiplexes on October 15.  Bruce Willis, Helen Mirren, Morgan Freeman and John Malkovich star as CIA agents who are forced out of retirement because of the secrets that they know.  Expect one-liners, lots of shooting and explosions along the way.

Denzel Washington returns to the screen in the action thriller “Unstoppable” on November 12.  Washington plays an expert engineer who, along with a novice conductor (Chris Pine), must find a way to stop a runaway train that is loaded with toxic explosives. This looks to be a nail-biting thriller that will have moviegoers clinging to their seats. Rosario Dawson also stars in the film.

In “The Next Three Days” hitting theaters November 19, Russell Crowe plays a college professor desperate to free his wife (Elizabeth Perkins) from prison for a crime that she didn’t commit.  Expect plenty of surprises in this thriller from director Paul Haggis.  Dwayne “The Rock” Johnson returns to his action roots with “Faster.” He portrays an ex-criminal seeking revenge on the culprits responsible for killing his brother.  Billy Bob Thornton, Moon Bloodgood and Maggie Grace co-star in the movie slated to arrive just in time for Thanksgiving.

Possibly the most anticipated sequel in years arrives on September 24, as Michael Douglas reprises his Oscar-winning role as Gordon Gekko in “Wall Street: Money Never Sleeps.”  The film has been building major Oscar-buzz since its debut at the Cannes Film Festival. The sequel picks up with Gekko being released from prison. Shia LaBeouf plays Jacob Moore, an investment banker looking to earn big bucks.  Along the way, he finds his relationship with Gekko’s estranged daughter (Carey Mulligan) on a downward spiral after he bonds with her father.  Josh Brolin, Frank Langella and Susan Sarandon also star in the movie.  Expect plenty of backstabbing, deception and fireworks as audiences discover why greed is both good and bad. After seeing the trailer, this is a must-see on my list.

There are plenty of bullets, explosions and chills to choose from this fall season, so mix up your movie-going experience with these amazing flicks. Next week we’ll wrap our series by taking a look at animation and fantasy.

Man Charged With Sexually Assaulting Woman While She Slept

“Winners At War” Recap: ‘Out For Blood’