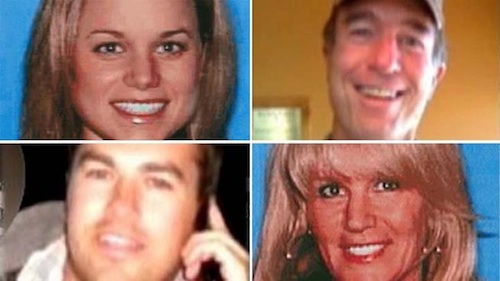 MALIBU—Family members of a passenger killed in the September Santa Monica Airport crash filed a lawsuit against the pilot’s estate on Tuesday, November 5.

Kyla Dupont, 53, of San Diego, was one of four passengers killed in the plane crash at Santa Monica Airport (SMO) on September 29. Mark Benjamin, 63, of Malibu, was piloting the private plane arriving from Idaho when it landed and swerved off the right of the SMO runway, crashed into a hangar and burst into flames. All four passengers died, including Benjamin’s 28-year-old son Lucas and Lucas’s 28-year old girlfriend Lauren Winkler.

Charles Dupont, Elliot Dupont and Jackson Dupont reportedly filed a lawsuit on November 5, to the Los Angeles Superior Court against the estate of Mark Benjamin for the wrongful death of their mother, Kyla Dupont. Dupont was the President and owner of PropArt/Dupont Design Inc. based in San Diego.

The three sons allege Benjamin was a reckless pilot that “did not undertake the necessary actions” to achieve a safe flight or landing and did not maintain the overall safety of the aircraft with repairs, according to CBSLA News.

Mark Benjamin was the President of Morley Builders, a company his family founded in Malibu decades ago and is now one of Southern California’s most prominent building constructors. Mark was the company’s Chief Executive since 1981 and his son Lucas worked as a Senior Project Engineer. The Dupont brothers are suing Benjamin’s estate for an unspecified amount in compensatory damages.

The preliminary report released on October 22, by NTSB investigators has not yet determined the cause of the crash. The findings suggest the landing gear of the aircraft operated appropriately and there was no debris found discarded by the aircraft on the runway. The local control tower also reported that the pilot did not express any concerns over the radio and that the aircraft appeared to make a normal landing.