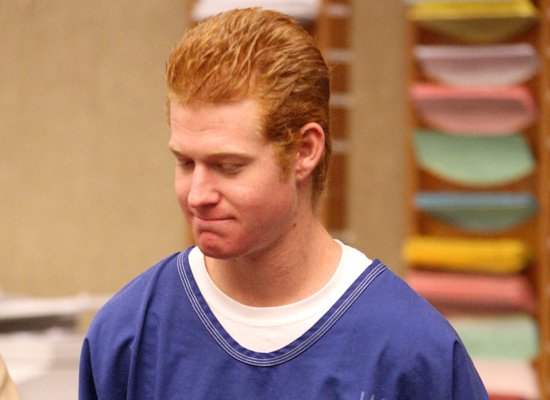 O’Neal was ordered to enter a year-long residential drug rehabilitation program on September 18, several months after he was arrested and charged with taking drugs into a Los Angeles jail facility, where he had been visiting an inmate.  Both he and his father Ryan were arrested in September, 2008 in their Malibu home after deputies conducted a probation search and discovered methamphetamines in their home. The 24-year-old has been placed in a drug rehabilitation program. On January 5, a judge ordered Redmond into a 30-day jail rehabilitation facility.  He is scheduled for a progress report on February 2.

Redmond’s probation stemmed from his guilty plea in 2008 for felony drug possession and a misdemeanor D.U.I.  Ryan had pled guilty to one count of drug possession in January, however Redmond did not enter a plea until March, when he pled not guilty to drug charges.

In April, Redmond was charged with a felony count of drug possession in respects to his arrest at the L.A. jail he had visited. Not long afterward, he was ordered by a court to complete an intensive drug rehabilitation program. He was warned that he could receive a possible sentencing of up to six years in prison if he violated his probation.

Jane Robison reports to Canyon News that no further information regarding the case is available at the moment.

Redmond’s mother had passed away in June after her long battle with cancer.  Redmond was temporarily released from custody at the time so that he could attend her funeral.