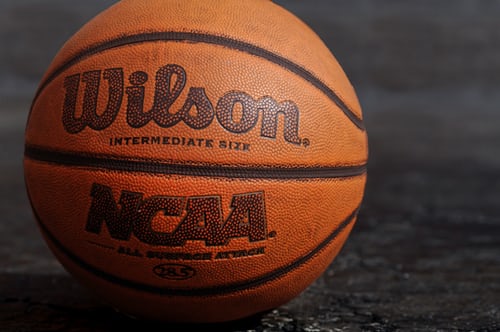 -Chicago basketball has plenty of high school powers, but Fenwick High School usually is not considered in that upper echelon. They get the occasional player worthy of a mention in the city, but not as often as other top-tier schools. That is certainly not because of Corey Maggette, or now Bryce Hopkins.

Considering the size, the ranking, and of course, the high school itself, Hopkins is always going to be compared to Maggette in some capacity. Now that Hopkins has made it official by signing to Kentucky, does he have the potential to live up to Maggette high standards?

Becoming the best in the city

The competition level in Chicago is different from just about anywhere else in the United States. There are talented players in all corners of the metropolitan area, and the top schools can compete with any program in the country. It takes a lot to be considered the best of the best, but in the late 1990s, Maggette held that title.

Despite having an opportunity to go to different schools, Maggette stayed at Fenwick through graduation. He became the most decorated player in school history, and people still talk about him to this day. He is the only alum ever to make it to the NBA, and is revered as one of the best overall NBA players ever from Chicago.

Hopkins is not going to make people forget about Maggette. In fact, he is actually doing the opposite. It might seem a little lazy to compare the two players, but they do share enough similarities to make it realistic.

For starters, Maggette did a little bit of everything at the high school level, and that helped him be a versatile player in college and the pros. At 6’7  “tall, Hopkins is slightly taller than Maggette, and he has similar versatility that makes him a pro prospect.

Hopkins also has a level of physical maturity that is the envy of a lot of high school players. Maggette was one of the most physically gifted players coming out of high school, as many thought he looked like a grown man with his physical build at such a young age. This size and strength can allow for versatility at any level as well.

The muscle is not quite there just yet for Hopkins, but no one at the high school level pushes him around. Going up against the best players in his class and others, he has found success in every matchup.

Heading into the 2020-2021 season, Fenwick is one of the teams to beat. The same happened when Maggette was in high school, as the program turned into the ones with the target on their back.

Nearly every school in the country pursued Maggette, and many thought that he would stay somewhat local. It was a mild shock when he decided to head to Duke, but one of the reasons came down to preparing for the next level. We knew that the team was returning nearly their entire roster and expected to be a national championship contender, but he did not care. Minutes proved hard to find at times, but Maggette felt like playing for the best team in the best conference prepared him for the NBA. He came in and accepted his role from the very beginning, and that led to enough exposure to make him a lottery pick.

It might not be quite as easy for Hopkins, as he is not quite the same level of a prospect as Maggette at this point. That is not to say that he can’t develop into something better, and he will certainly have a great opportunity to do that now that he is heading to Kentucky. Other than Duke, Kentucky is considered by many as the top school for NBA development right now.

Just like Maggette, there were quite a few people who thought that Hopkins would stay in the Midwest. Ultimately, he is looking to spend just a short amount of time in college before heading to the pros.

John Calipari finds ways to develop his recruits into players with pro potential. Hopkins might not star in Lexington, but he does not have to for scouts to notice. As long as he plays his role and grows as a player, teams will notice what he brings to the table.

Can Hopkins step out of Maggette shadow?

Trying to predict a potential NBA career for a player as young as Hopkins is extremely difficult. Maggette was far from just any other NBA player, as he was averaging 20 points per game score at his peak. Very few players can say that in NBA history, and Hopkins has a long way to go to get that level.

At the very least, Hopkins has people talking about Fenwick and Maggette’s glory days heading into the upcoming basketball season. They figure to be one of the best teams in the Chicago area, and there is a chance for Hopkins to break even more of Maggette’s records this year.

Instead of always comparing the two, Hopkins must focus on being the best version of himself if possible. As cliché as that sounds, this is the best way to find sustained success. Fenwick High School is back on the map as a strong basketball school at least for this year, and that is something Maggette and Hopkins can get behind.