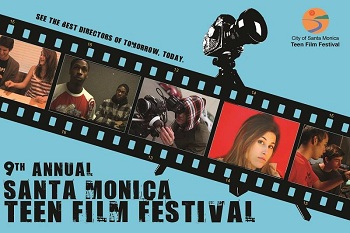 SANTA MONICA-A film festival aimed at showcasing young people’s works in various genres of film will be held on June 7 and 8.

The Ninth Annual Santa Monica Teen Film Festival will show 50 short films chosen from over 300 submissions by teenagers from all across the United States and other countries including Ireland, Spain, Australia, and Mexico. The film festival is put together through the cooperation of the Santa Monica Public Library, the Santa Monica Cultural Affairs Division and the Virginia Avenue Park Teen Center.

The event will begin on June 7 at 4:00 p.m., at the Miles Memorial Playhouse. The first screening will feature a block of films including a documentary called “Hope for Our Own,” by 16-year-old Riley Beres of Los Angeles that highlights the area of Skidrow. The second screening starting at 7:00 p.m. will feature an animated film by Pacific Palisades resident Brandon Bjornson, as well as two films by Lucia Conde of Spain. Both screenings are rated PG-13, and there will be refreshments available for visitors in between screenings.

The third and final screening will take place the following day on June 8 at 2:00 p.m. at the Santa Monica Public Library’s MLK Auditorium. Animated films will mainly be featured including a claymation-style feature called “Graham and Sammy.” The screening’s family-friendly tone has earned it a G-rating, which means all audiences are invited to watch.

Following the last screening, an awards ceremony will be held that will honor films for Best Animation and Best Documentary, among other categories. In addition, the winner of the “Santa Monica Budding Filmmaker Award” will receive a full three-week scholarship to the Relativity School of Film, Media and the Performing Arts Summer Intensive “Relativity Workshop.”

Fore more information about the event or to make a reservation to attend, residents can email Milesplayhouse@smgov.net, or dial 310-458-8634. Residents can also visit http://www.facebook.com/SantaMonicaTeenFilmFest.