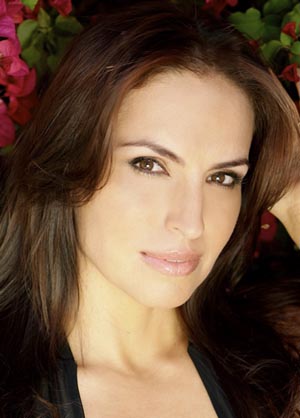 STUDIO CITY—“In The Name Of Freedom” will be presented by the multi-award-winning, mega-talented Latina filmmaker, Isabel Cueva, on Thursday, July 29, at 3:15 p.m. at the L.A. Shorts-Fest in Hollywood. Also, on the same day, the film will debut at the HBO New York International Latino Film Festival 2010. As for Isabel Cueva, the emerging Latina mega-talent wrote, produced and starred in the film. In just four months since its debut, “In The Name Of Freedom” has generated buzz and honors on the film festival circuit and has been invited to a dozen festivals and events.

From the beginning, critics knew this film and its filmmaker were going to be receiving a lot of acclaim. The film won a Best Film Cine Golden Eagle. It’s a first award honor Cueva shares with Steven Spielberg, Martin Scorsese, George Lucas and Ron Howard. “In The Name Of Freedom” then received the Best Film kudo from the Los Angeles Women’s International Film Festival.

Isabel was also given an ALMA award (American Latino Media Arts Award), an honor she shares with Salma Hayek. She then received the First Cesar Chavez Leadership Award from TELACU. Cueva has just been nominated for one of the prestigious Imagen Awards, which are given to Hollywood film and TV productions that exemplify the best portrayal of Latinos and Latino culture.

This film graphically and realistically depicts the experiences of both sides in a no-win guerilla war situation. Only a single female soldier (Cueva) remains alive after a US Army contingent is ambushed by insurgents. When she regains consciousness, she is bound and about to be tortured by three rebels who surround her. When the abuse begins, the youngest of the group sees it for what it is and bucks the prevailing belief that torture is justified because she is an enemy. Though on opposite sides, each is forced to make a life and death decision: the soldier must save her life, and the insurgent must save his soul.

Cueva follows in the footsteps of other female filmmakers like Salma Hayek and Kathryn Bigelow. Like Hayek, Cueva is Mexican, and her primary focus is acting, but she is equally talented in writing, directing and film production. And like Bigelow, she creates hard-hitting, cutting edge action films that are dramatic and intelligent.

The film was produced with the help of Cueva’s friends and family on an astoundingly low micro-budget of $7,000.

“With little funds, the challenge was to let the story and its message drive the film, and it did,” Cueva tells Canyon News.

Cueva and Tait are currently developing “My Brothers, My Enemies,” a feature film partially based on the characters of “In The Name Of Freedom.” As part of the development process, she is working with American soldiers that have served in the Iraq war, incorporating their heroic and tragic stories.

“Walking Dead” Recap: ‘On The Inside’