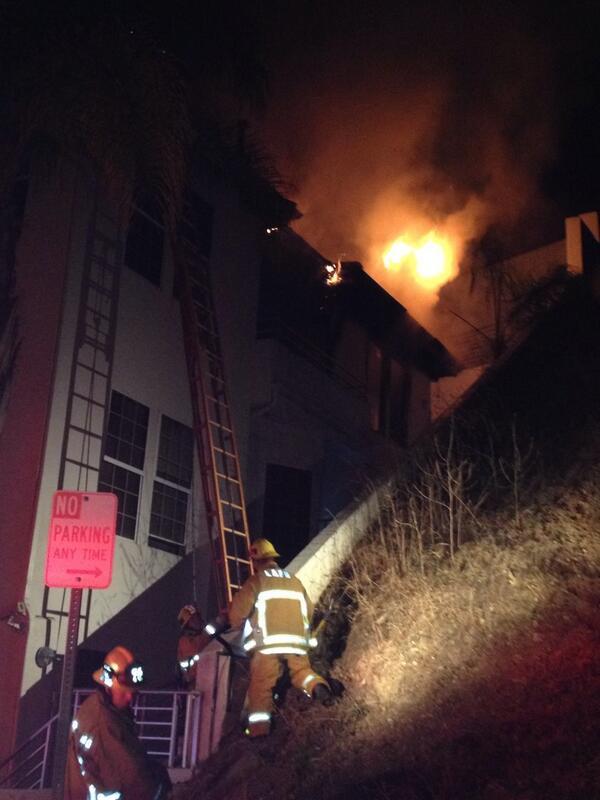 STUDIO CITY—A fire on Tuesday, June 25, destroyed the top floor and attic of a multi-story hillside home before it was extinguished by Los Angeles Firefighters.

Officials were called to the residence at around 11:51 p.m. of a possible fire in the hills of the southeast San Fernando Valley. The fire occurred at a residence on 3643 Potosi Avenue where heavy flames were erupting from the nearly 4,000 square feet home.

Brian Humphrey, Spokesman for the Los Angeles Fire Department, indicated on the LAFD blog site that an “LAPD helicopter was assigned for aerial reconnaissance and command support, but proved unneeded, as ninety firefighters skillfully confined the bulk of flames to the third floor and attic, with some fire damage extending to the second floor.”

LAFD Assistant Chief Timothy Manning called the calculated fire attack a “miraculous effort,” and gave praise to the skill, determination and resourcefulness of those in command.  Firefighters were able to extinguish the fire in about 41 minutes.

There were no reports of any injuries from the fire. Officials indicated that the residence did not have fire sprinklers, but firefighters were able to limit the fire loss to $600,000 ($500,000 structure damage and $100,000 for contents). The home is estimated at $1.3 million.

The cause of the fire is believed to be accidental, due to an electric clothes iron that was left on, when the resident left his home earlier in the evening.