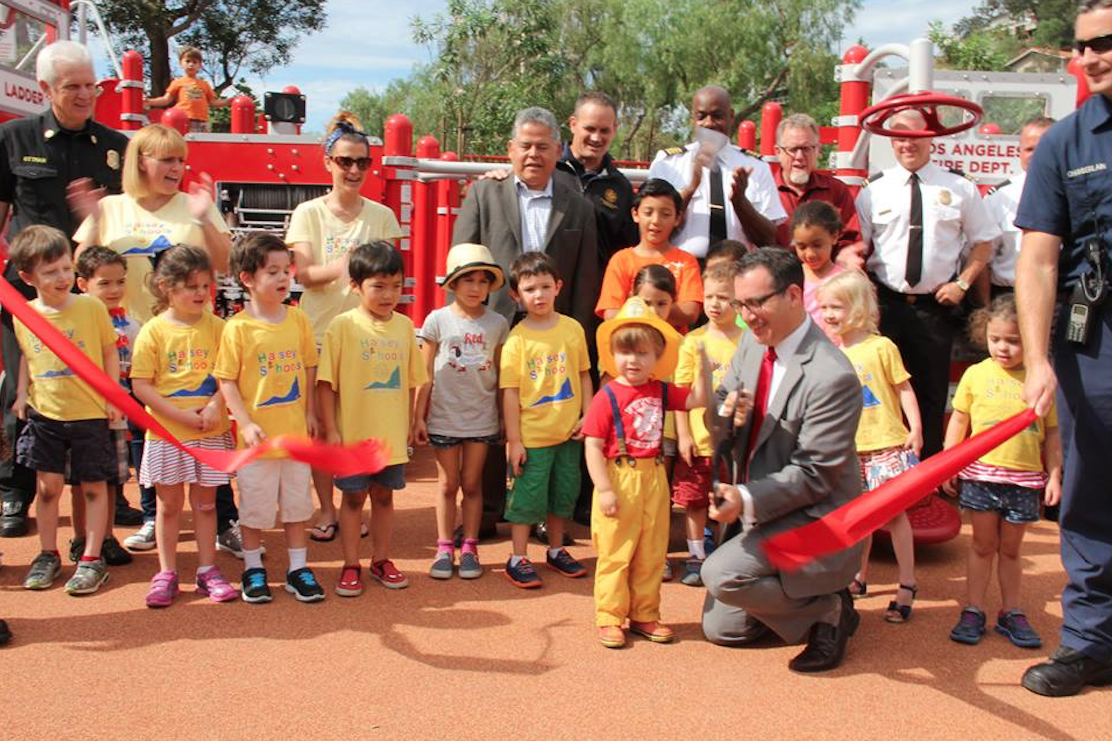 WOODLAND HILLS—An 8,125 square-foot park has now sprung up on the grounds of the abandoned Costanso Fire Station 84, which once served as Woodland Hills’ local fire department from 1949 to 2007.

Councilman Bob Blumenfield hosted the ribbon-cutting ceremony of the million-dollar project on Thursday, July 2, accompanied by members of the Department of Recreation and Parks, the Los Angeles Fires Department, the United Firefighters of LA and community members to welcome the new installation in their neighborhood.

In a press release, Blumenfield states that, “the neighborhood around the old Fire Station 84 is one of the oldest and most beautiful in the Valley, but after years of neglect, the property had fallen into disrepair. After two years of hard work and community input, we have transformed what was a blighted piece of land into an incredible neighborhood resource.”

Blumenfield adds that, “I’m thrilled to see that the site of former Fire Station 84 will continue to be of service to the community.”  During the time of inoccupation, the location was a popular attraction for illegal activity, which has since converted into a family-friendly environment.

The park exhibits a drought-tolerant garden, a grass clearing and benches. The theme of the park has stayed the same with bright red, fire truck playground equipment.