UNITED STATES—North Stanly High School canceled their football game on September 20 after the public’s response to the punishment of their cheerleaders showing support of President Donald Trump. 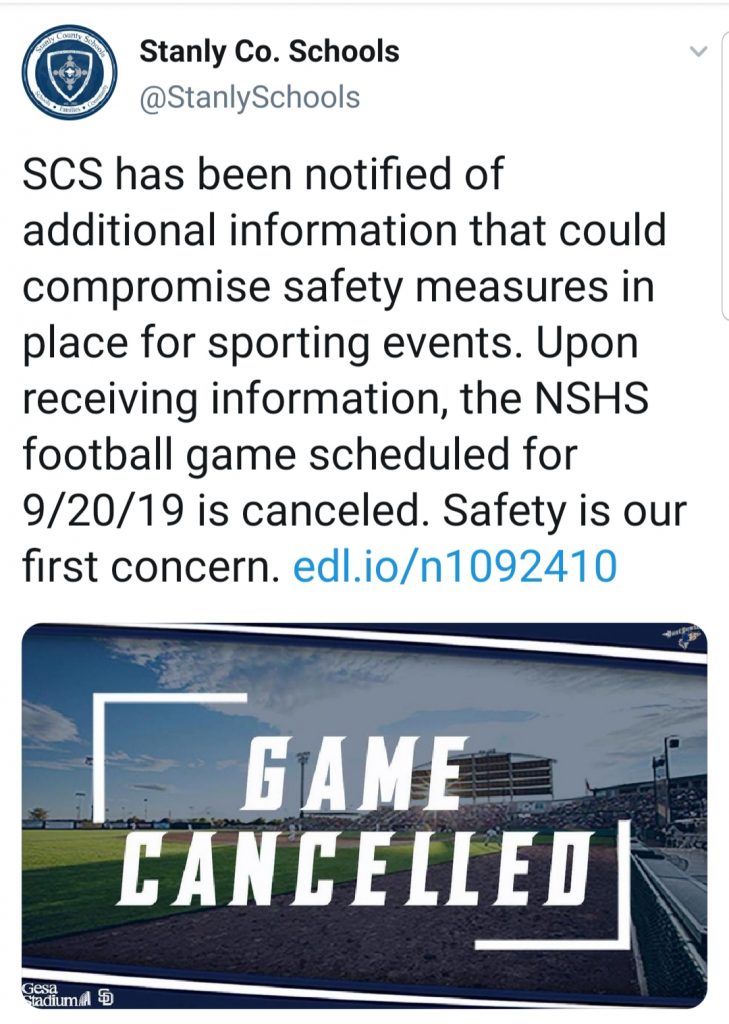 Stanly County Schools (SCS) dismissed school early and canceled Friday nights game citing security concerns after learning of a Trump Rally that was planned later in the night. The rally was planned by Jeremy Onitreb via Facebook and went on as scheduled. Cheerleaders posed with a Trump 2020 sign at a football game on August 30. 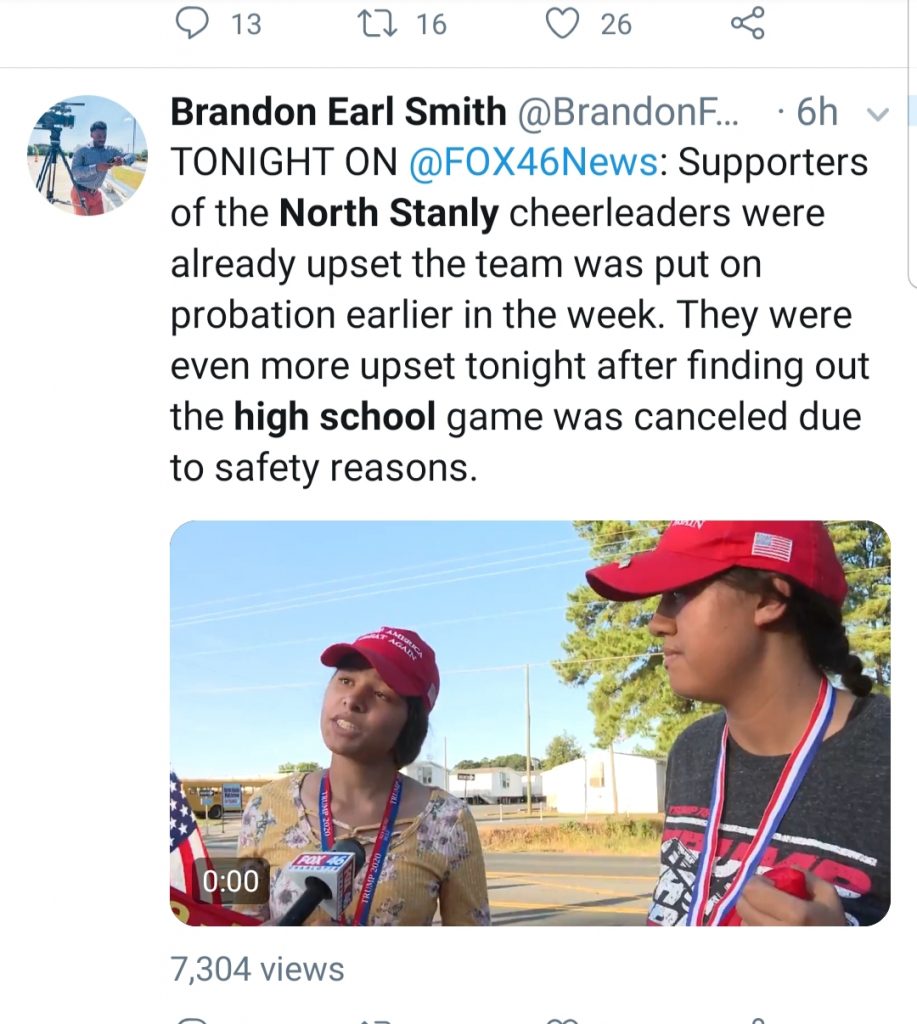 The North Stanly County Schools immediately put out a statement letting the public know that it was the NCHAA who put the cheerleaders on probation.

President Trump tweeted “Cheerleaders at local High School here in North Carolina have been unfairly put on probation by our state athletic association for taking their picture with a Trump 2020 sign.”

A Trump supporter by the name of Brandon Earl Smith posted photos of the Trump rally and an interview recording the outpouring of community support for the cheerleaders and President Trump.