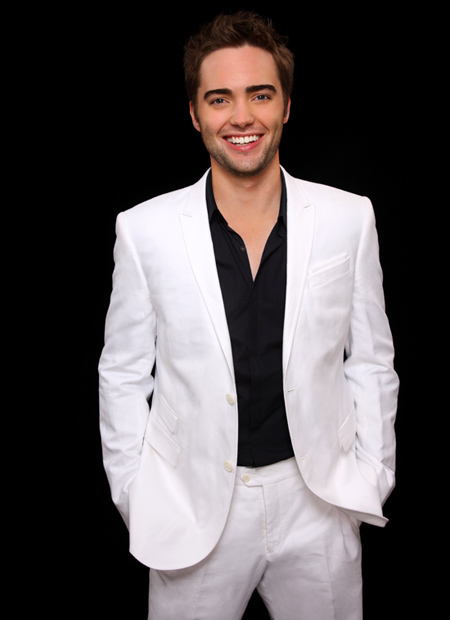 HOLLYWOOD —This week we feature Drew Tyler Bell, no relation to his boss Bradley P. Bell, who plays Thomas Forrester on CBS’s “The Bold and the Beautiful.” When an actor has Brad Bell giving him heavy duty emotional scenes, you either swim or you drown from the staggering level of expert acting many of the veterans on “B&B” are capable of playing. Acting opposite Kyle Lowder is one of those times that an actor shines due to the amazing ability Kyle brings to his role as Rick Forrester. Drew had an amazing amount of scenes to play opposite talented Lowder. Drew managed to pull it all together and that was what came through at the end of each episode—pulse-pounding high drama that told an amazing story of a young man (Thomas Forrester) who had enough of Rick sleeping with both his mother and his sister. Bradley Bell weaved an incredible storyline with the young Forresters and it gave viewers unbelievable drama and his actors even more unbelievable scenes to perform.

Drew Tyler Bell is perhaps one of the most outstanding young men in all of Hollywood right now, who seem to have captivated an audience that is over 35 million and growing. Bradley P. Bell, the show’s amazing producer and 2009 Daytime Emmy winner for Best Show can always be counted on to capitalize on the most dysfunctional family in all of Los Angeles. The Forresters have dealt with incest, strokes, faked deaths and the reign of evil Sheila Carter and have come out stronger each time. Brooke Logan’s spawn Rick Forrester has been a wonderful nemesis to both Ridge Forrester and his handsome young son Thomas, played by Bell.

Last year we saw Thomas spin out of control after witnessing Rick Forrester’s seduction of not only his mother Taylor, but his younger sister Steffy, who has become quite a handful to say the very least. Thomas felt that he had been so busy at college that he allowed Rick to use his evil wilds to seduce the women in his family and he wasn’t going to stand for it. Not unlike his grandmother, Thomas has a penchant for emotional trouble in his background and it came out at a surprising moment and in a very dramatic and shocking way, when Thomas planted a bomb in Rick’s car so that he could get rid of the man he hates for sleeping with his female relatives.

Rick luckily survived the pipe bomb set for him, but when he realized it was Thomas who had tried to kill him, only Ridge could keep Rick from attacking Thomas with all of his pent up rage and frustrations. Drew Tyler Bell worked so well with all of the leading men and women in his storyline from Ronn Moss, Hunter Tylo and Kyle Lowder, who is the best actor on the planet of this era. Seeing a young man prove that he had the acting chops to stand toe to toe with some of the best actors and in some of the best written scenes in daytime television history was amazing to watch and he proved he’s a force to be reckoned with as a young outstanding actor.
Here’s hoping his peers and Academy voters will nominate this young actor in the Outstanding Younger Lead Actor category for this year’s Daytime Emmy awards.

Drew Tyler Bell can be seen weekdays on “The Bold and the Beautiful,” which airs on CBS.