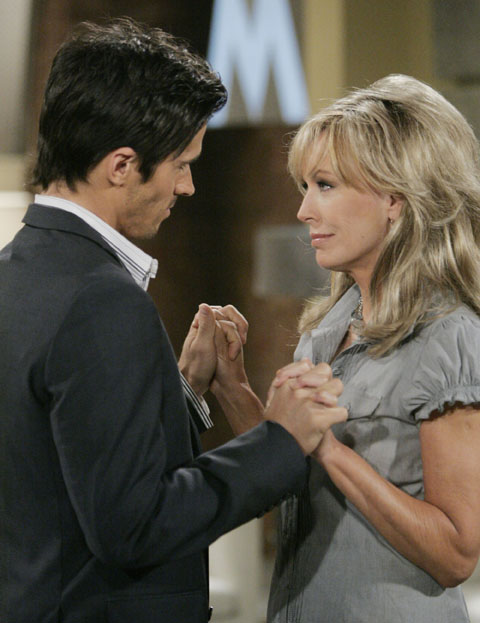 HOLLYWOOD —This week we take a look at yet another great performer who deserves to be considered for the Daytime Emmy. Supporting cast member Brandon Beemer took many of us by surprise. Yes, we knew the former “Days of Our Lives” star was handsome but could he make the cut on CBS’s “The Bold and the Beautiful” opposite veteran greats like Susan Flannery, Jack Wagner and Lesley-Anne Down? Could he win over the legion of viewers who love to watch the series that was 2009’s Best Show? Bradley Bell asks on a regular basis that his viewers and critics give him a chance to show us what he has in mind. To date, he’s never proved to be wrong in casting. Brandon Beemer officially can be added to his list of great gets in Hollywood.

Beemer suspended disbelief when he came on full steam and offered us the character of Owen Knight as neither a good guy or a villain. In soaps things are often black and white, but when there is an exceptional actor playing the role, he can be a hero often and then when it’s called for it in the storyline, he can make us hate the character. That’s what Beemer brings to “B&B.” His effectiveness is only eclipsed by his flexibility as a thespian who seems as if he was made for the role. After seeing Brandon play Owen, it’s almost crazy to see him the same way in previous roles. Brad Bell’s given Beemer the ability and the space to stretch his wings as an actor and this man has done so with a sense of confidence I admit, I did not see initially in the actor.

Brandon’s Owen has had many ups and downs in 2009 which offer him a rich and eclectic Emmy reel to be considered by his peers. Owen went from being a playboy who wanted Jackie for what she could give him financially and professionally, to a man who fought for the lady he loves and fell in love with her while doing so. Jackie’s a cougar who has a sharp eye for handsome men, but can’t do any better in L.A. than Owen Knight, who swoops down on a regular basis to save his leading lady from wildcats and other men vying for the sexy siren’s attention.

Beemer’s best scenes can be considered those he’s had with Lesley and Jack [Wagner], who is his older step-son and boss. Brandon Beemer is surely on my short-list for actors who deserve to be nominated for Best Supporting Actor in a Drama Series.