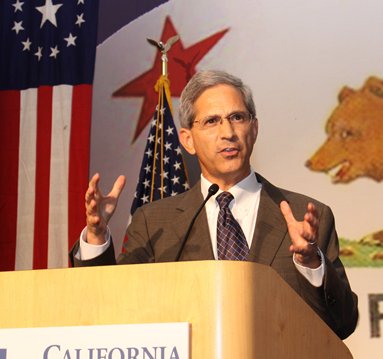 MALIBU —On February 8, the California Insurance Commissioner announced that four people were arrested on February 7, by California Department of Insurance (CDI) detectives on multiple felony counts of insurance fraud and grand theft.

In the press release at the California Commissioner’s Web site, Commissioner Poizner states, “Insurance fraud victimizes us all through higher insurance rates. We simply cannot tolerate insurance fraud, and will work with our local partners to prosecute these crimes to the fullest extent of the law.”

The case is being prosecuted by the Los Angeles District Attorney’s Office. If convicted, the suspects could receive a sentencing of three to five years in state prison, be fined a maximum of $50,000, and pay court-ordered restitution to their insurance carriers.

The investigation, which lasted for a year, stemmed from a suspected fraudulent claim in March, 2008, involving an alleged theft of Persky’s motor home.  After Persky’s insurance provider, National Interstate Insurance Company, settled the claim for about $80,000, CDI discovered that Persky actually still possessed the motor home.  A search warrant was executed in February, 2009, and CDI detectives seized the vehicle at a Simi Valley business owned by Persky.

While the investigation into the alleged theft of the motor home was being conducted, detectives discovered several other suspected fraudulent claims involving the Dunkels and Buraye. Three of the claims alleged the theft of personal property such as furniture, bath fixtures and artwork, of which Shelley Dunkel, Carol Dunkel, and Buraye claimed ownership. Buraye stated in a claim to Stonington Insurance Company that his property was stolen from a storage facility in Antelope Valley owned by Shelly Dunkel on August 22, 2007.  Buraye was paid about $150,000 as a result of the claim. Shelley and Carol Dunkel made claims to State Farm Insurance Company and Farmer’s Insurance Company, respectively, in connection to an alleged burglary at a Lancaster home reported to occur on October 26, 2008. The home was in Carol Dunkel’s possession.  Both claimed that personal property valued at about $600,000 was stolen. After CDI investigated these claims, documentation indicating that each person claimed exactly the same items as being stolen turned up; however, several of the items that they claimed were stolen for which all three claims were made were found at Persky’s home in Simi Valley during the search warrant issued in February, 2009.

Commission Poizner oversees 16 CDI Enforcement Branch regional offices throughout California. About 2,000 arrests related to insurance fraud have been made by the Department of Insurance’s enforcement division since Poizner took office in 2007, more arrests than have been made during any other two-year period, under any former insurance commissioner, as reported by the California Commissioner’s Web site.