UNITED STATES—The man responsible for a killing spree that ended with the deaths of four people and injuries to two others was captured on Wednesday, August 7.

According to the Garden Grove Police Department, Zachery Castaneda, 33, a documented gang member, participated in a violent rampage of burglaries and killings in southern California.  Castaneda has a criminal history and has served four years in prison.

The Garden Grove Police Department indicated that the crime spree started with Castaneda stealing the cash register from a bakery. He went back to his apartment complex and stabbed his neighbor and another individual to death.

Castaneda went on a violent rampage between Garden Grove and Santa Ana, California killing four and critically injuring two others before his arrest. One individual was pumping gas when Castaneda almost sliced his nose off with a machete type knife.

Another individual was stabbed by Castaneda in the parking lot of a Subway Sandwich shop and a security guard at a 7-11 convenience store was killed. 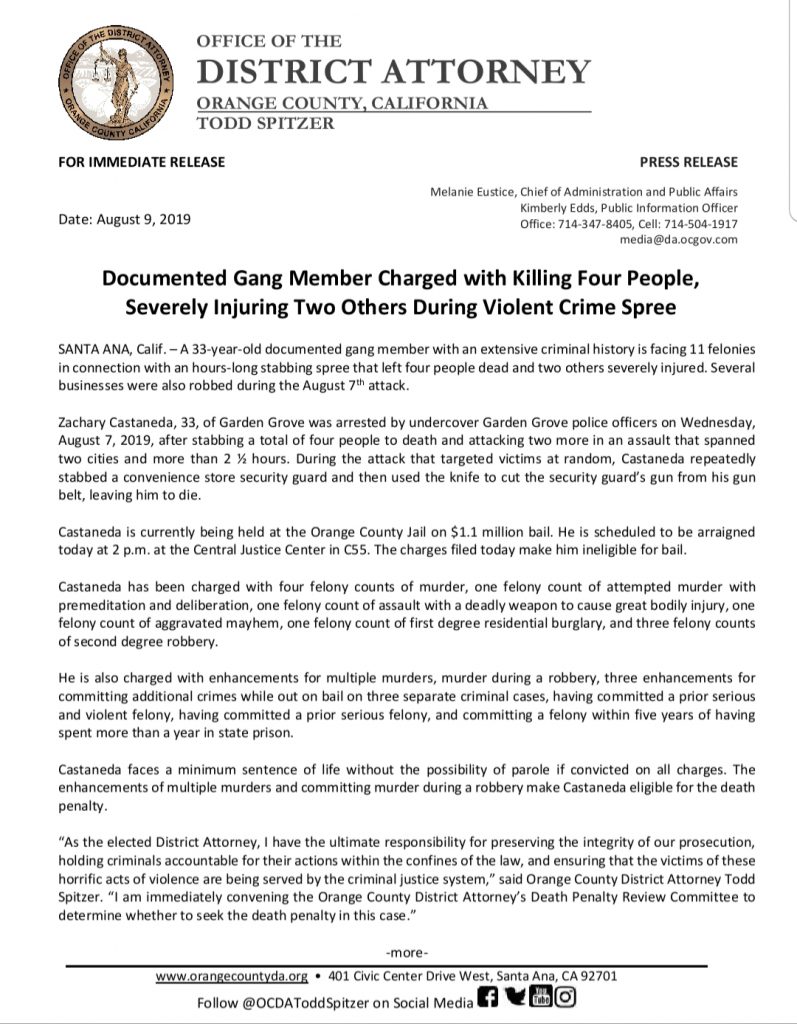 Canyon News reached out to Lt. Carl Whitney of the Garden Grove Police Department who responded with the updated statement below. 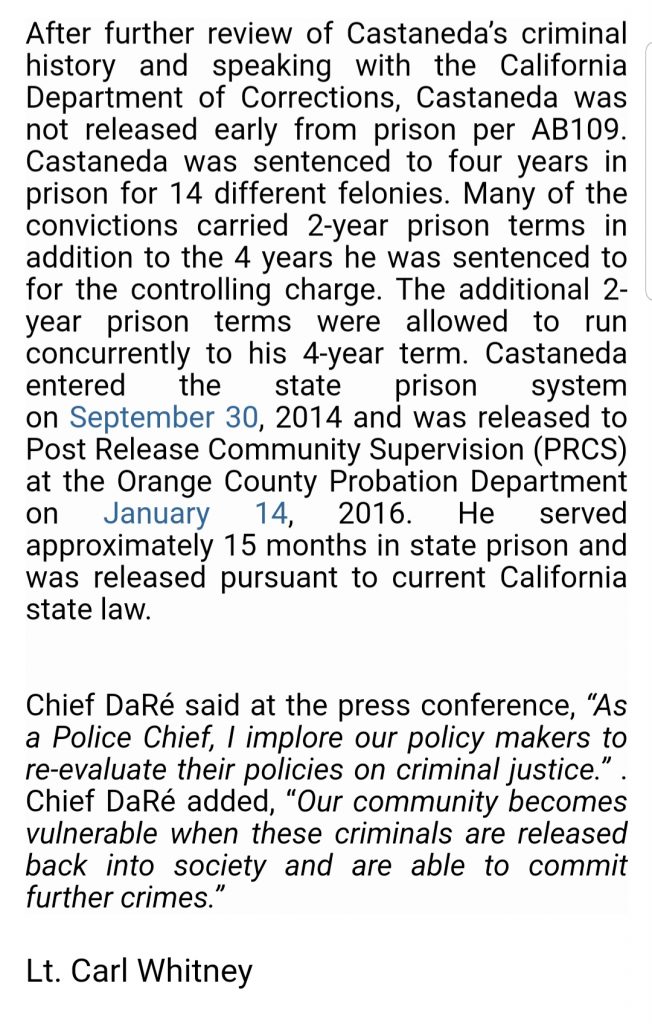