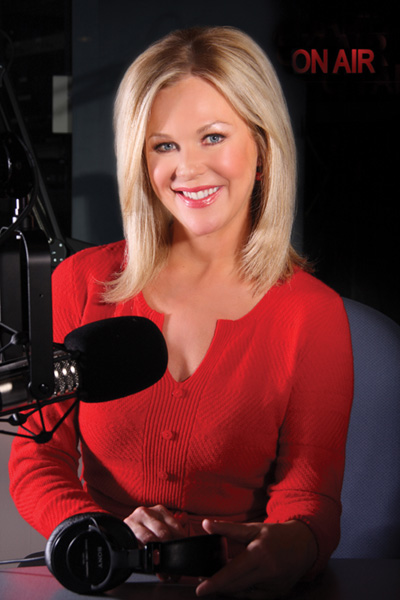 BEVERLY HILLS—This week I caught up with an old friend, Lis Wiehl, the author legal analyst and commentator on Fox News Channel, who is also a well-known and respected former federal prosecutor. She is adjunct professor of law at New York Law School and formerly was an associate professor at University of Washington Law School. Wiehl is often seen on Bill O’Reilly’s show as well as heard on his radio program, “The Radio Factor.” Lis is an advocate for women’s rights and debates often on television and at seminars, which offer support for women’s issues in the work place.

In between Lis’s great work on radio and television, the beautiful legal eagle is also penning novels and books to help women succeed in the workplace. One never wastes an opportunity to ask Wiehl about some of the nation’s most prominent and publicized cases. Firstly, with the loud and emotional outcries by the critics of the U.S. Justice Department’s decision to prosecute terrorists in civilian courts instead of through military tribunals, Lis Wiehl had a simple yet very strong stance on it. “Opening up the civilian courts to terrorists will definitely slow up the whole process, but I think the end result will be the same. There will be convictions, but it will take longer to get there,” Lis tells Canyon News.

Lis, who is happily married to famed defense attorney Mickey Sherman, also discusses the tragedy in the Tiger Woods upcoming divorce case. When asked if it’s true a prenuptial agreement is rock solid in all cases, Wiehl laughed and replied, “Come on Tommy, you know better than that. The Tiger Woods prenup will be broken by a good lawyer [for Elin] because of his [Tiger Woods] actions. I hate to see an icon tumble, especially one that the kids looked up to. It’s actually a real tragedy for everyone, including his wife and family.

When asked about the most infamous case in Hollywood, which recently has resurfaced because of the arrest of acclaimed filmmaker Roman Polanski in Switzerland, unlike most legal analysts, Wiehl had a more positive and definitive feeling about the ultimate outcome of the Polanski case. “Polanski is going to fight this all the way. Again, he’s going to tie up the process, but ultimately, I think he will be extradited back to the U.S.,” stated the Fox commentator. Finishing up legal questions, I asked Lis which case we discussed that she’s most interested in seeing and following through the legal process. She took no time to answer, “The terrorist cases and the legal arguments surrounding them will keep us all embroiled for a while.” Fox News viewers and radio listeners will be looking forward to her brilliant legal analysis for a long time to come.

When the subject changed to what Lis preferred to write about, fiction or non-fiction. The beauty’s face lit up and she quickly lamented, “Fiction is definitely more fun than non-fiction because I rely on true stories, but get to change the names to protect the guilty.”

Wiehl’s most recent novel that I enjoyed reading was “Face of Betrayal.” When asked how long it took for her to write it, she replied, “Face of Betrayal took about two years from the concept to actual publication. Once you make the characters alive and created, the writing goes faster because I live with them every single day,” concluded Wiehl.

“Face of Betrayal” took me by total surprise. Just as I thought I knew the ending, Lis threw other facts and anecdotal evidence into play and the story simply became even more interesting, fascinating and believable. Wiehl’s array of novels and non-fictional work are available at bookstores around the country and also on Amazon.com. “Face of Betrayal” is one of the most incredible literary works I’ve seen in decades.

The book is a collaboration between Wiehl and esteemed writer April Henry, a mystery writer veteran, on a sizzling political thriller. When 17-year-old Senate page Katie Converse goes missing on her Christmas break near her parents’ white Victorian home in Portland, Ore., law enforcement and media personnel go into overdrive in a search for clues. Three friends at the pinnacle of their respective careers—Allison Pierce, a federal prosecutor; Cassidy Shaw, a crime reporter; and Nicole Hedges, an FBI special agent—soon discover that Katie wasn’t the picture of innocence painted by her parents. It appears Katie was having an affair with a much older man, a senator whose political career could be derailed if the affair was publicized. The seamless plot offers a plethora of twists and turns.