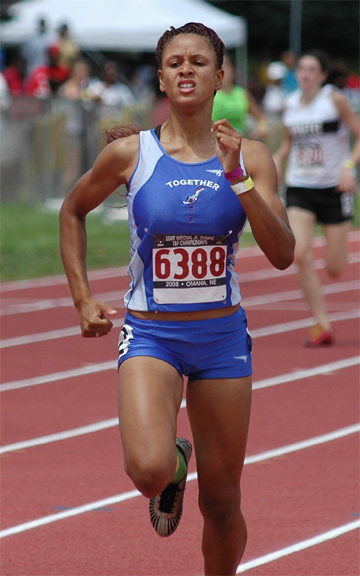 WESTWOOD—Besides basketball and football, some of the most notable figures in the athletic world have come from the UCLA track and field team. Athletes like Rafer Johnson, Mike Powell and Jacke-Joyner-Kearse were all superstars on the track during their time in college, and made an even bigger name for themselves as they became professionals.

Track and Field has always been a strong point for UCLA athletics, but this season the Bruins have struggled to live up to that tradition. Unfortunately most of the problems that occurred were due to injury. As a result, both the men and women played the season with depleted teams.

Going into the Pac-10’s, which took place at Cal Berkeley last weekend, the story hadn’t changed. The men and women were all battling injury and missing key athletes they usually relied on for points. Not much was expected from the Bruins, but the team refused to let the disappointment of the season interfere with their success in the biggest meet of the year.

“It was discouraging going into it with a small team, but I was really excited that I was going to have the chance to be able to contribute a lot more this year,” said Junior sprinter Ashlea McLaughlin.

The athletes fought hard, but it was the ladies that stole the show for the Bruins last weekend. One of the most amazing performances was turned in by the extremely talented freshman Turquoise Thompson in the 400m hurdles. Throughout the season injury had prevented Thompson from having the type of season she was capable of even as a freshman, and like much of her teammates she was just planning on giving it her best shot. Even she didn’t know that her best shot would allow her to run a lifetime best 56.92 and win her first Pac-10 title.

“Winning Pac-10’s as a freshman was far from my mind. Not saying I didn’t believe in myself, but I didn’t believe in my body. I almost forfeited my whole season with a medical redshirt due to a reoccurring hamstring injury, but aside from that winning that title to me was nothing less than hard work, determination and nothing more than a blessing from God,” said freshman Turquoise Thompson.

Junior Lindsay Rowe joined Thompson as the only other member of the entire team to win an individual title and did it in similar fashion by also running a lifetime best to win her first Pac-10 title in the 100m high hurdles. Thompson was also part of the 4×400 relay team comprised of senior Krishna Curry, sophomore Joy Eaton and junior Ashlea McLaughlin that notched a time of 3:34.82 which was their best time of the season and good for the Pac-10 title. McLaughlin also enjoyed a little success of her own by finishing second in the 400m dash with a time of 52.98.

The men didn’t allow the women to make all the noise last Saturday on May 15. Jamal Alston, Karlton Rolle, Maxwell Dyce and Brandon Smith held off USC for the second straight year to once again capture the Pac-10 title in the 4x100m relay, and did so with a season best time of 39.66.

Unfortunately for the Bruins the season has all but come to a close and their main focus now is on getting ready to compete against some of the top teams in country at the NCAA Prelims in Austin, Texas.

“I would like to PR in the 400 and stay healthy and improve,” said McLaughlin. “For the team, I’m excited about all the girls and I think we have a real good chance of placing in Nationals this year. I want to make sure I’m competing for the right reason and make sure I remember it’s a blessing to run and [that] I don’t lose sight of who gave me the ability to do all the things I’m able to do because without God I wouldn’t be able to do anything.”

For the women, they hope the positive steps they took during Pac-10’s will continue as they move forward and give them a spectacular end to their season.