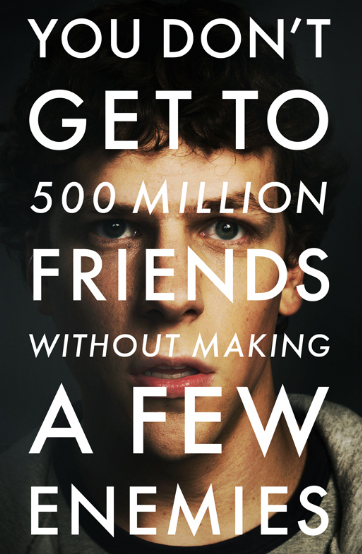 HOLLYWOOD—Who knew that in addition to singing and dancing, Justin Timberlake was also an actor? In Hollywood, the definition of these three skills combined is called a triple threat. The film is decidedly age appropriate. People who are not fans of the social networking medium may find it a bit fast-paced. However, the younger generations will love this film and Justin Timberlake’s authentic and edgy performance in “The Social Network.” I found the lingo and the language saucy but appropriate. This is one of those films that you expect will bore some viewers a bit, but it doesn’t. The pace of the writing is incredible, the characters are based on real-life figures; however, there is no way these people could be this exciting.

Director David Fincher should be given lots of praise for this amazing film filled with great writing by the acclaimed Aaron Sorkin, which pits young people with dreams and passions on a collision with the status quo-style of thinking. It’s truly American to find young minds who dream bigger than the previous generation, and the fact that they are such mavericks make them incredibly successful. That’s what “The Social Network” embodies for the viewers of this film. Though the writing and directing are impeccable, so are many of the performances, especially the actor formerly known as pop singer, Justin Timberlake. Yes, he’s still a hot commodity in music, but when moviegoers see him in this film, they will be demanding more face time on the silver screen for the new acting legend.

It’s a sexy new genre of filmmaking that works perfectly well for most viewers. Social networking is something we see as part of our daily existence today. Family and friends keep in touch and business associates communicate with all of these new ways of doing things. Another aspect that I like most about the film, is that it gives an honest appraisal of what life today is like for these young entrepreneurs who learn the hard way that success doesn’t just bring you friends, it also brings you enemies. That is the basis that is used to create the dramatic twists and turns in this movie. You never quite know who is on the right side and who is on the wrong side until the end of the picture. You never know which characters will stand in solidarity with their friends or allow the new medium and new venture, not to mention the obscene amount of money to destroy them and pull relationships apart forever.

Timberlake’s performance cannot be understated. He absolutely comes out of his protective shell, which is his own personality and embodies the character he’s supposed to play on screen. The director pulled all of these young people out of any safe place and brought out wonderful acting from the entire ensemble of performers.

Every generation has a surprising young star who appears on the screen and shocks the movie going audience. In the ’50s we saw the emergence of James Dean, and during the ’60s we were blown away by Steve McQueen. In the 21st century Justin Timberlake is that young star who we had in a creative box in our minds, but he surpasses what anyone thought he was capable of, to prove, he is going to become a huge star in films.

Jesse Eisenberg also gives a great performance that deserves being noted. However, this is truly Justin Timberlake’s film. “The Social Network” receives Four and a half Stars from this reviewer. The film opens on Friday, October 1.