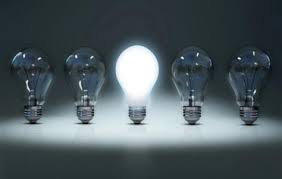 LOS ANGELES—Most striking innovations are coupled with additional innovations. The advancement of the bow and arrow was eventually succeeded by the basic gun, which was succeeded by the machine gun. Today, the Internet is an amazing tool which can be used for both highly benign, and now, malicious purposes.

One known element which has been apparently expanding its internet use is the criminal element. Law enforcement officials at the local, state and federal levels have, over the last decade, begun to crack down harder on criminal usage of the Internet. (Some volunteer groups, such as Wired Safety, also work to keep the Internet a little bit cleaner.) Today, a new form of criminal activity has been spotted: gang members and other thugs using social networking sites such as Facebook and Twitter. The FBI defines a gang member as belonging to one of three types of gangs: the outlaw motorcycle gang, the prison gang and the street gang. Some gang members and other criminal elements have reportedly used the social networking sites to share information and perhaps even plan criminal activities. One of the draws of social networking sites is the ability to be as detailed, public or private as desired. Thus, a gang could make elaborate plans for a crime, without being easily detected.

According to the FBI’S National Gang Threat Assessment 2009, there are about 1,000,000 active gang members, who belong to at least 20,000 recognized gangs across the country. (The LAPD estimates that there are more than 65,000 active gang members in the City of Los Angeles alone.) One of the FBI report’s key findings was that “[m]any gangs actively use the Internet to recruit new members and to communicate with members in others areas of the United States and in foreign countries.” The FBI also has reason to believe that gang members promote their activities and membership through the Internet and directly communicate with both fellow gang members and with drug customers through social networking sites. The FBI found that such popular social networking sites as Facebook, MySpace and YouTube, in addition to smaller social networking sites, were being used more frequently by gangs such as the Crips. Additionally, some gang members have even used these online forums to “boast about their gang membership and related activities” and even to hold heated debates on message boards or post up pictures and videos clearly linking them to gang activity.

Social networking sites are a boon for both those seeking to stay in touch with old friends, and those looking for an easy way to stay in touch with fellow criminals they are in cahoots with, according to FBI the report’s findings. Today, various law enforcement organizations are asking for public support in keeping gang presence on the Internet and on social networks to a minimum. The LAPD currently has a program called E-Policing, whereby community members are encouraged to hook into the LAPD and to help scour the Internet for criminal organizers who would use the Internet for their own law-breaking antics. More information can be found on the LAPD E-Policing program by visiting lapdonline.org/e_policing.