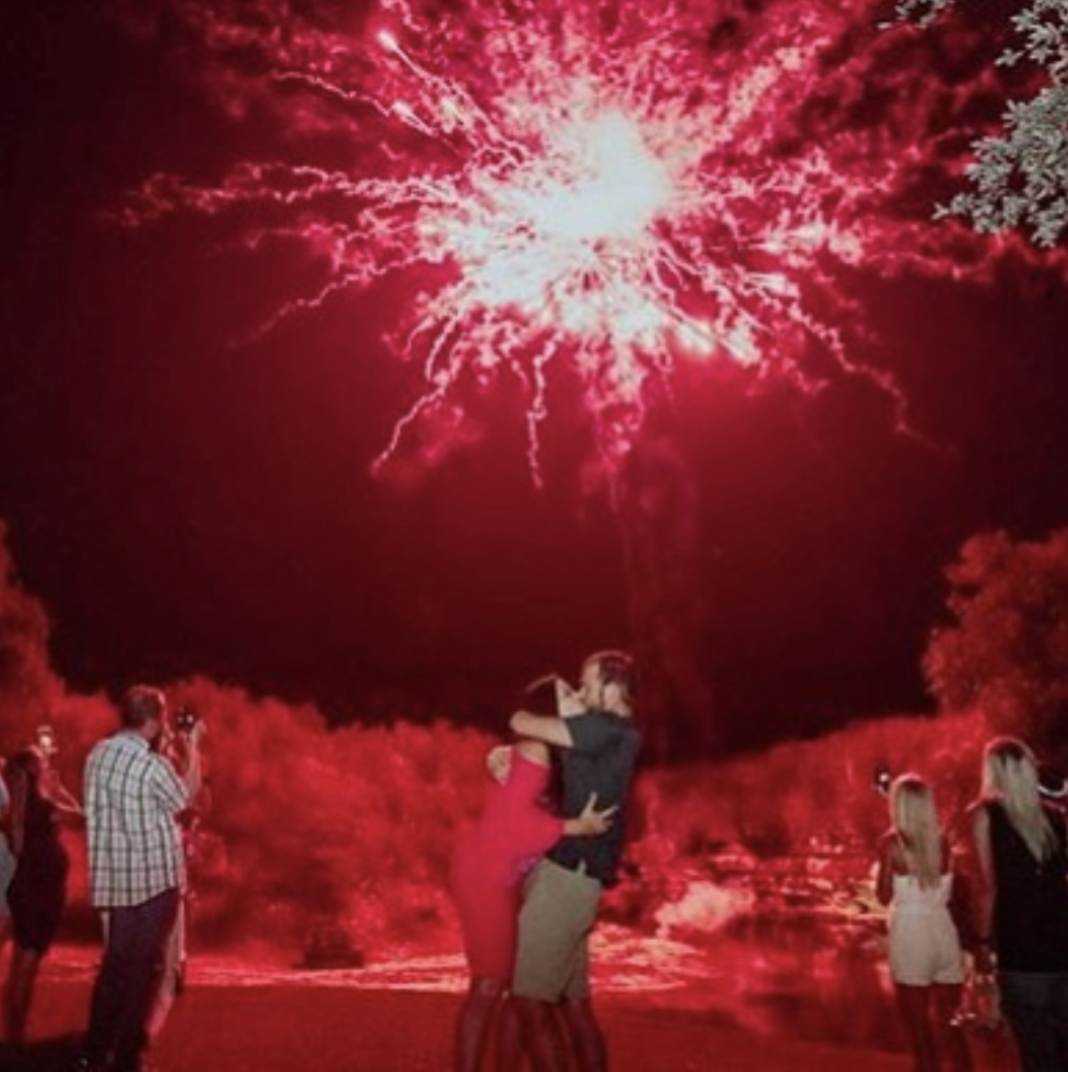 CALIFORNIA—The El Dorado forest fire flared by a gender reveal party on Saturday, September 5, at El Dorado Ranch Park in Yucaipa is currently estimated to have burnt over 10,574 acres with 16 percent under containment.

The pyrotechnic device used to reveal the gender of the baby ignited the nearby tall and dry grasses in the park, east of Los Angeles, according to Cal Fire officials.

Jenna Karvunidis, a social media influencer, law student and mother to three girls, who is credited for creating the gender reveal party, said her celebration was more about reaching a milestone in her pregnancy than a gender reveal.

“I had had several miscarriages before my first baby, so I was celebrating my own milestone of getting as far along in a pregnancy to know the baby’s anatomy,” Karvunidis told Canyon News.

“I had a blog in the early 2000’s, so I had a generous following in 2008 and when I posted about my party, it went viral,” Karvunidis added.

She regrets inspiring such parties, “especially the ones that caused property damage or even injured people.”

She made an appeal to people on social media to stop using dangerous stunts in their gender reveal parties.

“People have no excuse for not knowing the dangers of lighting bombs in dry forest,” she said.
“Social media platforms create financial incentives for people to have elaborate spectacles. When someone produces content, they are encouraged by the sponsorship opportunities available to them if they get more ‘likes’ and gain a bigger audience.”
“So the responsibility also lies in the platforms themselves to stop rewarding dangerous stunts. There should be a ‘report’ feature for any content-creator who posts bombs of any kind – gender reveal, or not,” said Karvunidis.
“And for the love of God, stop lighting things on fire!”, she added.

According to The Washington Post, last year, a gender-reveal gimmick set off a brush fire in Florida. “Gender-reveal parties have caused a plane crash and last year one killed a grandmother when she was struck with shrapnel after a family unintentionally created a pipe bomb while attempting a colorful explosion to announce the sex of their unborn child.”

The family that sparked Saturday’s fire tried to quell the flames using water bottles, officials said, but the blaze spread too quickly through the dry vegetation.

They notified authorities immediately and are now cooperating with investigators, officials said.

The wildfire is moving toward the Yucaipa Ridge and threatening to burn through the nearby residential neighborhood. Local officials have evacuated thousands of residents in the path of fire.