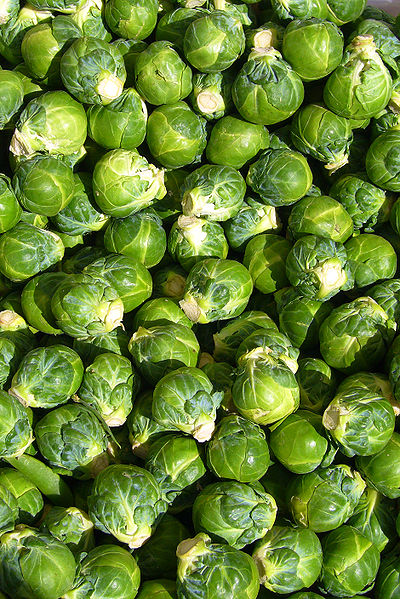 UNITED STATES—There is a veggie, like most vegetables all kids fear, but this one has a tendency to even frighten adults.  Do you know what it is?  It’s Brussels sprouts!  That’s right. That green, round ball that resembles the cabbage, is nothing more than a small ball of cabbage.  If you’re a fan of cabbage, you’ll like Brussels sprouts, if not than I’m going to give you some reasons why.

For starters, this veggie is that originated in Belgium in the early 13th century. It contains sulforaphane, a chemical that is suspected to have an effect on anticancer properties. They have the ability to repair strands of DNA cells and have inhibitors that can prevent cancer cells from growing. As with many vegetables, you want to steer clear of boiling them as it causes a loss of vital nutrients that may be good for the body.

Brussels sprouts pack a healthy dose of Vitamin A, K and C, and lots of beta-carotene for the body. If your body is lacking folate, the green ball of cabbage should become your new friend, not to mention calcium and potassium deficiencies.  I will admit this veggie has a very bland taste so it’s only tolerable to certain palates, but that can all be changed with how you choose to cook and flavor the veggie.

For a great tasty dish, steam a cup of Brussels sprouts.  Cook some smoked apple wood bacon until it’s crispy; break it up into crumbles.  Take the Brussels sprouts and place them in a pan with some butter to get a nice saute.  Add the bacon to the pan for a quick cook, not more than 2-3 minutes and you’ll have a satisfying dish that speaks wonders.