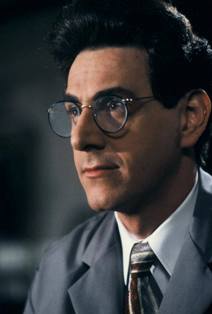 CHICAGO, IL—The Hollywood arena is mourning the loss of comic and “Ghostbusters” star Harold Ramis who died on Monday, February 24 from complications related to auto-immune inflammatory vasculitis. The actor had been battling the condition for several years. He died at his home in Chicagosurrounded by family and friends, he was 60.

Ramis grew to fame behind the scenes with writing and directing duties.  He directed the 80s cult classic “Caddyshack,” as well as “National Lampoon’s Vacation” and the Bill Murray classic “Groundhog Day.” He was also responsible for writing duties for “National Lampoon’s Animal House,” “Meatballs,” “Stripes” and wrote the screenplay for “Ghostbusters” alongside co-star Dan Akroyd.

His starring role as Egon Spengler in that film made Ramis a household name and a character that became synonymous with pop culture. A sequel was spawned in 1989. He directed the 1999 box-office hit “Analyze This” alongside funnyman Robert De Niro and Billy Crystal.

The actor-writer-director is survived by his wife Erica, his daughter Violet, his sons Julian and Daniel and his two grandchildren.