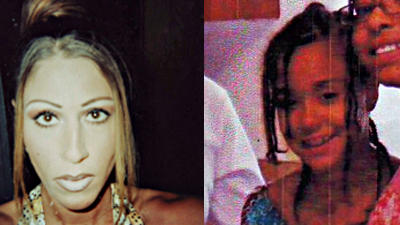 SHERMAN OAKS —A young girl, who was reported missing, has been found safe with her mother. Police had initially believed the mother had abducted the girl.

Vanessa Anne Wallace was reported missing from her grandmother’s Sherman Oaks residence during the afternoon on February 19, according to police. Vanessa’s father had reported to police that her mother, Rania Helo, 25, had probably taken her due to a custody matter. Helo was believed to be a resident of Las Vegas.  The “Child Abduction Regional Emergency (CARE) Alert was issued early on February 20; however, police did not issue an Amber Alert.

During the evening on February 21, Helo contacted Las Vegas police and told them that she did not know that the police were attempting to locate her or that she was suspected of abducting her 10-year-old daughter. She reportedly told police that her friends had seen her on television and reported the situation to her.

Las Vegas police visited Helo and the girl at an unspecified Las Vegas residence and assured that Vanessa was safe. Helo was not arrested and Vanessa was allowed to continue to visit with her.

The Project Jason Web site, which provides information on missing person cases including Vanessa’s story when it was still believed she had been abducted, provides information on how to assist families of missing persons, including the Adopt a Missing Person program. The Web site states that it is a simple yet effective way to help bring about awareness of families’ missing loved ones.