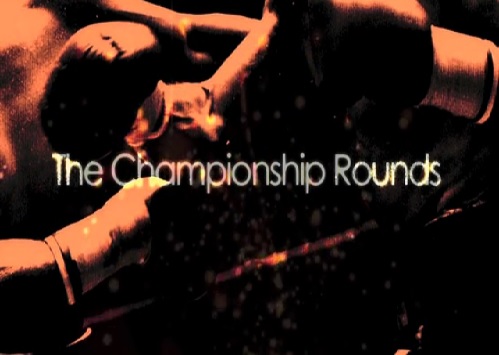 LOS ANGELES—The Greater Los Angeles Agency on Deafness has partnered with the creators of the film, “The Championship Rounds.” “The Championship Rounds” presents the story of a young, deaf, African American boxer named James Deacon, Jr. who is trying to support his six-month-old son as a single father, but he faces many prejudices coming from a deaf and minority background.

The idea was created by Michael D. Walton, who combined his observations of a deaf student and how he was treated by others back when he was in high school with Walton’s own childhood experience of watching endless boxing matches on VHS, as well as his experiences working with homeless shelters.

The film threatens to break down new walls, if it can garner a theatrical release, by becoming the first film to cast a deaf and African American man as the lead role. The cast for the film includes actors from popular shows, such as Harold Perrineau Jr. who had roles in “LOST” and “Oz,” Lawrence Gilliard Jr. from HBO’s “The Wire” and “The Walking Dead,” Linden Ashby from “Mortal Kombat” and “Hunger,” Michael Anthony Spady from “The Hammer” and “Sympathy For Delicious,” Emma Reaves from “God and Vodka,” Peter Jae from “The Perfect Holiday” and “Ktown Cowboys,” John Forest from “Young Adult and House” and Sufe Bradshaw from HBO’s “VEEP” and J.J. Abrams’ “Star Trek.”

“The Championship Rounds” was created and written by Michael D. Walton, produced by Michael D. Walton and Derrex Brady and directed by Daniel Stine. For the musical aspect of the project, Grammy-winning composer Lorne Balfe who did work for films such as “The Dark Knight” and “Inception” and sound designer Jason W. Jennings who worked on the films “I Am Legend” and “Flags of Our Fathers” will be in charge.

The film sought funding in 2012, using Kickstarter to receive ‘$25k in 45 days’ and accomplished their goal in August 2012 with a total of $25,101. They had previous success at fundraisers in the past, raising $14,000, but their Kickstarter fundraiser helped them stay on track to get the movie out there and noticed.

The picture was screened in June 2013, according to their Facebook page. For more information about the film and its partners, visit their website at http://www.thechampionshiprounds.com/.