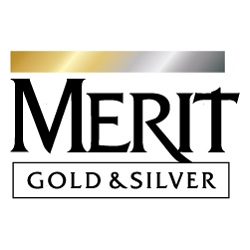 SANTA MONICA — The City Attorney’s Office announced on February 13 the launch of a consumer protection lawsuit against a Santa Monica based gold seller.

Adam Radinsky of the Consumer Protection Unit from the City Attorney’s Office said in a press release that the city would be going after Merit Gold & Silver for consumer fraud under the state’s Unfair Competition Law.

According to the statement, Merit is accused of pushing its “collector”Â coins over the gold bullion that it advertises extensively in its marketing campaign, since the coins are allegedly marked up in price, using tactics that Mr. Radinsky calls “false, deceptive and aggressive.”Â

Among the reasons that Merit gives to its consumers to buy the coins over the bullion are that the coins are a better investment, offer more privacy financially speaking and cannot be confiscated by the government. Mr. Radinsky said that none of these are any actual benefits over the bullion, saying that Merit was engaged in duping consumers into buying the coins through its website by falsely assuring people of the advantages of gold and silver coins.

In addition to its parent company Seacoast Coin, Inc., co-owners Peter M. Epstein and Michael J. Getlin are named as co-defendants in the suit, where Mr. Epstein is alleged to falsely claim he was a police officer in a bid to gain customer trust.

Canyon News reached out to Mr. Getlin, who responded via email that the suit by the City Attorney’s Office was based on misrepresented claims. The CEO of Merit Gold & Silver listed several reasons why the suit had no grounds, including the notion that the company never uses the fear of government confiscation of gold, as a reason to choose coins over bullion, saying that polices are in place at the company to ensure that such a thing does not happen.

“The SMCA claims we advertise bullion at 1 percent with no intention of selling it,”Â said Mr Getlin. “We have shipped over $300,000,000 in bullion to more than 23,000 individual customers since we started the 1 percent campaign, all of which was priced at 1% over dealer cost.”Â

When asked by Canyon News if they had evidence of these sales, Mr. Getlin said they did. “We do sell large amounts of bullion and can prove it,”Â he said.

Mr. Getlin held back on saying what would be the next move for the company, but he did say that with the aid of their lead council, former Los Angeles County District Attorney Steve Cooley, they will have more to say in the coming weeks.

“We intend to vigorously defend this lawsuit and we believe that the City Attorney’s case is not supported by the facts,”Â said Mr. Getlin.

Canyon News did reach out to the City Attorney’s Office for further comment, but they could not be reached in time before print.

Mr. Radinsky advised in the press release that people with complaints against Merit Gold & Silver can visit gold.smconsumer.org to fill out a complaint form, which can then be sent to the City Attorney’s Office for further review. Anyone with more questions regarding the investigation into Merit can call 310-4558-8327 or email consumer.mailbox@smgov.net. They can also call the Consumer Protection Unit directly at 310-458-8336.