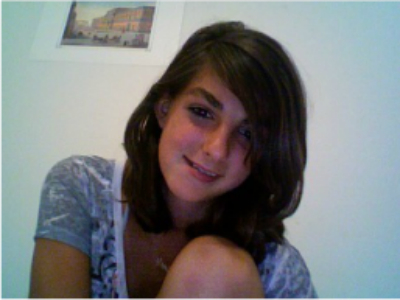 MALIBU—On Monday, January 9, the Malibu City Council unanimously voted to support having Valentine’s Day 2012 proclaimed Pass It Forward Day in the city in honor of the life of Emily Rose Shane, a 13-year-old girl who was killed in 2010 by an allegedly suicidal driver while she was walking home along the Pacific Coast Highway.

We just felt that with the temperature today, and how hard it is with everyone, and the way that Malibu is sometimes regarded by the outside, not knowing what a great close community we are … to have the whole community adopt a Pass It Forward Day where everybody does something for someone else,” Emily’s father Michel Shane told the council.

He suggested that people can then post the good deeds they performed in the spirit of his daughter’s philosophy on the Emily Shane Foundation website.

“It doesn’t cost anything, and I think people have the desire to do this but sometimes it is seen as a sign of weakness rather than a sign of strength,” Shane said. “And we want to include the kids in it very much so. Because if we can get our grade school, middle school and high school kids to adopt this now, then as they become adults it will become a part of their fiber.”

Emily’s mother Ellen told the council that the idea was based in part on the former mayor of Elk River, Minn. having during her term in office challenged her town’s 24,000 residents to perform 1,000 acts of kindness in a month such as give out cookies, pay for another person’s groceries, or provide babysitting services for free. In a month’s time, the residents not only surpassed the number of good deeds asked of them, but did not stop performing them.

Michel Shane said the idea also came from a five-minute anti-bullying and teen depression video called “Kindness Boomerang” made by a New York City non-profit group. In the video, a construction worker helps a boy get up after he falls off his skateboard. Thereafter, the boy helps an elderly woman cross the street with her groceries. She then gives someone on the opposite side of the street change for a parking meter.

These acts of random kindness spark a series of good deeds that culminate in a waitress out of the blue giving the same construction worker featured at the beginning of the video a glass of water. Mayor Laura Zahn Rosenthal said efforts are being made to get permission to air the video on Channel 3 because “it is a good thing to be able to see.”

Per the council’s direction, city staff will bring back a proclamation for the governing body to approve at its next meeting on January 23.