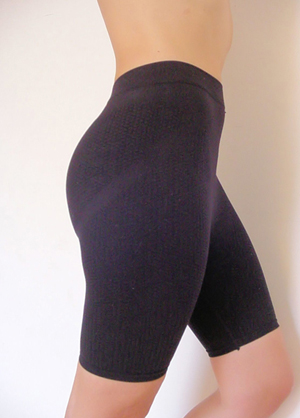 LOS ANGELES—It is the ultimate gripe for most women, and it is at the very root of feeling frumpy and lacking confidence. It is the telltale orange peel, lumpy, bumpy effect found on the stomach, thighs and bum. Men, the lucky devils, are for the most part exempt. It can only mean one thing—cellulite.

Cellulite is a fatty deposit found between the skin and muscle tissue. There are three layers of fat under the skin: the two “storage” or “reserve” layers where the majority of fat is stored, and the top layer which is where cellulite is found. The fat in the bottom two layers can often push up and squeeze the cellulite through the fibrous netting of the connective tissue found under the skin, called the septae, and thus appearing on the outside as little bumps known as cellulite.

In heavily overweight or obese women, the excess fat stored in the bottom two layers pushes the cellulite up further so it is more visible. In older women, the skin’s layer is thinner, so again it appears more obvious. However, cellulite is not only seen in the overweight; it can strike even the slimmest of frames. Women naturally store fat around the hips and bum area, while men tend to store it on the waist and stomach. Men have a different structure of septae, so the fat cells aren’t pushed through in the same way.

Impaired or damaged lymph vessels, poor circulation, lack of exercise, obesity, genes, smoking, pregnancy, stress and hormones are all contributory factors to the causes of cellulite.

Cellulite is stubborn and hard to shift, so it is important to strip it all down to the basics in order to get rid of it efficiently. Aside from all the lotions and potions that plague our shelves with instant cures to its bumpy grip, a clean diet is very important. You should eat fresh fruit, vegetables and lean meats with plenty of high fiber and whole grains. Restful sleep of at least eight hours a night is important, and regular exercise is vital to promote the circulation process for the removal of fluid, fatty deposits and for aiding lymph drainage in the areas where cellulite accumulates. Keeping active through applied cardiovascular training, using exercises which target the telltale cellulite area and eating good, raw, unprocessed foods will help to promote healthy lymphatic circulation. Doing so will allow the body to detox naturally while toning and promoting optimum fat burning at the same time.

Ridding yourself of the bad habits and getting back to the good is key. A healthy, active lifestyle will not only make you feel better and boost your confidence, it will also give you the hundreds of added long-term health benefits that come with exercise, and it will fight the lumpy, bumpy stuff, helping to keep it away for good.