UNITED STATES—Some GOP leaders are debating rather Critical Race Theory ought to be taught in school. In a July 19, Fox News Interview, neurosurgeon and the 54th Secretary of Housing and Urban Development, Dr. Ben Carson spoke about the issue.

“Growing up poor in Detroit, if I had believed as Critical Race Theory (CRT) proponents claim, that my destiny was based on my race, I would not be where I am today. We cannot allow CRT to rob American children of the same hope that was instilled in me.”

Oppressed? Here's my thought to that question as it relates to #CriticalRaceTheory #CRT (h/t @charliekirk11) pic.twitter.com/cVY0uF9JZg

Rep. Byron Donalds of Florida has noted in an interview with the Washington Times “The essence of critical race theory would teach my three bi-racial children that I, their black father, am oppressed by America’s history of white supremacy and that their mother, my wife, is my oppressor.“ 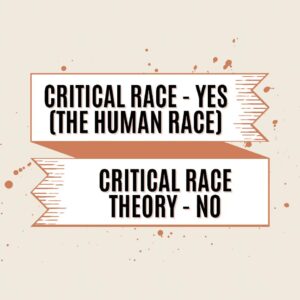 “This movement to indoctrinate our children is the definition of reverse racism and spits in the face of the Civil Rights movement led by American heroes such as Dr. Martin Luther King Jr,” Donalds continued.

“There is one critical race, the human race! Any theory that elevates one ethnicity over another is inherently racist. It is time for the human race to unite as one blood.”

“After months of working in good faith, we have reached an agreement on a framework, addressing the major issues for bipartisan policy reform. There is still more work to be done on the final bill, and nothing is agreed to until everything is agreed to. Over the next few weeks, we look forward to continuing our work toward getting a finalized proposal across the finish line.”