HOLLYWOOD—A grand theft auto suspect was arrested in Hollywood on Sunday, September 22 after he was found with a collection of stolen cell phones. Authorities suspect there are additional victims and are asking them to come forward. 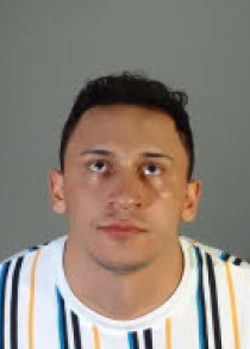 Nicolas David Jaramillo-Carbon, 22, was arrested around 6:20 p.m. near the 6000 block of Hollywood Boulevard toward Gower Street. During his arrest, officers discovered five cellphones on Carbon, two of which he recently stolen from patrons at a local club.

The Los Angeles Police Department is reminding the public that, “the Hollywood area is home to numerous bars, cocktail lounges and nightclubs. Oftentimes, customers are distracted by their surroundings and find themselves easy prey for thieves, pick-pockets and other criminals.” The LAPD is encouraging club patrons to remain vigilant of their surroundings and to monitor their possessions.

Anyone who suspects that they might have been one of Jaramillo-Carbon’s victims is asked to contact Hollywood Burglary Detective Denise Vasquez at 213-972-2926.