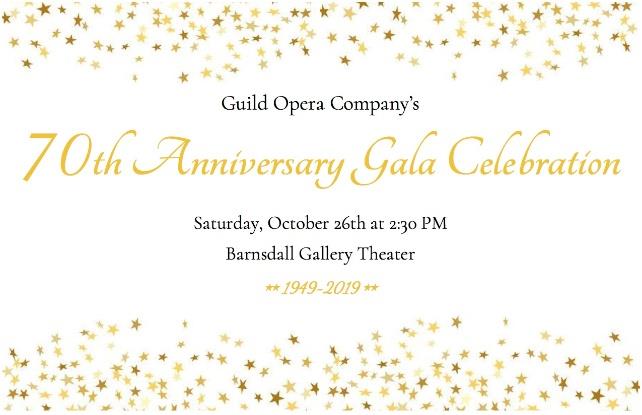 LOS ANGELES—The Guild Opera, the second oldest opera company in California, will commemorate its 70th anniversary with a celebration at the Barnsdall Gallery Theater in Hollywood on October 26 at 2:30 p.m. The afternoon includes scenes from the company’s touring operas, as well as some of the greatest arias and ensembles from the operatic literature.

Since 1949, Guild Opera has been bringing opera to life for the children of Los Angeles in major venues such as the Shrine Auditorium and Royce Hall at UCLA, as well as in elementary schools throughout the area. It has also served as the operatic debut for stars such as Marilyn Horne, Mary Costa, and Marni Nixon.

The program will be performed by members of the company’s professional singers, and accompanied by Guild Opera’s very own Dr. Robert Chauls, composer and pianist. Dr. Chauls has been a critical element in Guild Opera’s mission to introduce opera to young audiences, having composed his operatic adaptation of “Alice in Wonderland,” a hit in the company’s repertoire.

To reach Dr. Chauls for an interview, contact him via email at rchauls42@gmail.com.

About Guild Opera Company: since 1949, Guild Opera Company has been introducing children to the magical world of opera. With the generous support of individual music lovers, as well as funding from corporations, foundations and government sources, over four million students have experienced live professional performance of this important art form that encompasses music, theater, dance and visual arts. Please visit www.guildopera.org for more information.