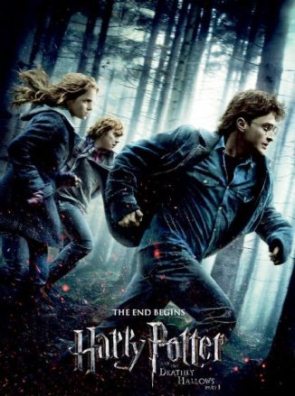 HOLLYWOOD—“Harry Potter and the Deathly Hallows Part I” begins to put an ending to a story that started out very teen oriented, but has turned drastically darker as time has gone by. This is not a deficit of the film, as many reviewers would have you to believe. There has to be some concept of graduating and young people maturing in a film filled with so many chapters and sequels. Daniel Radcliffe encounters a lot more in this film, and the young star seems much more equipped as an actor this time around.

All of the kids are now young adults and with that comes more adult-oriented stories. The special effects and over the top magical sequences are still grand and bring the viewer back to the reality Harry wants you to endure and enjoy. Whereas previous films seemed to me more driven for children, this one is decidedly more mature and I believe parents, who have followed the story with their own kids, will enjoy this film a great deal.

Although the “Deathly Hallows Part I” story goes on a bit long, it’s a fast-paced story that viewers won’t be blindsided by; however, they should not expect to know the ending, as it takes a great turn of events and brings a more thrilling climax to the two and a half hour sequel.

I found the race to find and destroy more of the horcruxes very thrilling. Gone are the days of magical beans and students on a mission. Harry has obviously turned into a modern day adventure, with great acting and storytelling. Director David Yates again captured my attention and kept it throughout the movie, not boring the viewers at any moment.

“Harry Potter and the Deathly Hallows Part I” receives Four of Five Stars from this reviewer. The film opens on Friday, November 19, around the nation.