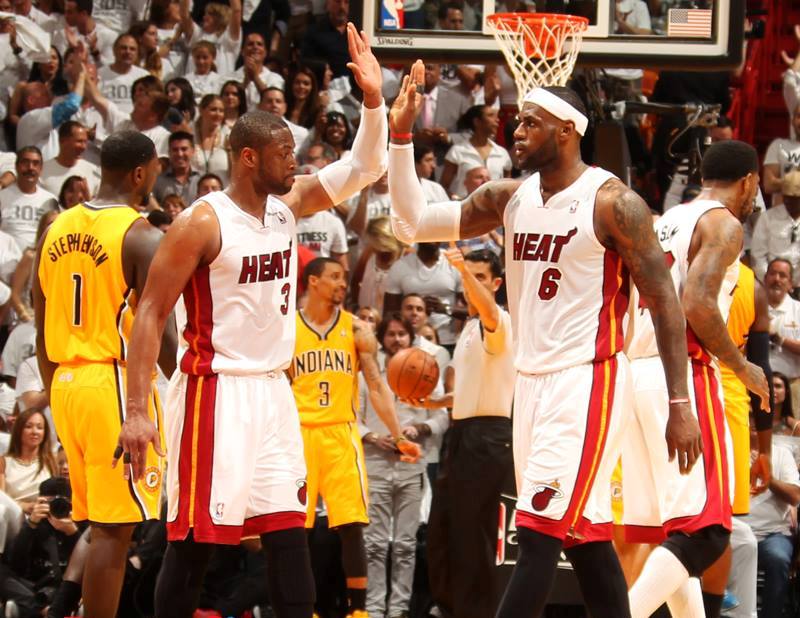 MIAMI-The Miami Heat has taken control of the Eastern Conference Finals defeating the Indiana Pacers, 99-87 on Saturday night. After a difficult loss in Game 2, the Pacers came out fighting in Game 3, making the Heat look like they were out of breathe during the first half of the game.

At half-time, the Pacers were leading the Heat 42-38. Something transpired in that locker room that ignited the Heat, who came out blazing in the third quarter with more than 33 points to control the lead of the game. Miami pummeled the Pacers on three-point shooting at 55 percent, compared to Indiana’s dismal 28 percent.

Both teams were neck and neck with free-throw attempts, but Miami scored 15 points in fast break chances compared to Indiana’s 6 points. Lebron James led the heat in scoring with 26 points, 7 assists and 4 steals. Paul George led the pacers with 17 points, while his teammate Lance Stephenson had 11 rebounds, 5 assists and 3 steals in the game.

It is a must win for Indiana Monday night, otherwise they will head home down 3 games to 1, giving Miami a chance to clinch the Eastern Conference finals on their home court.