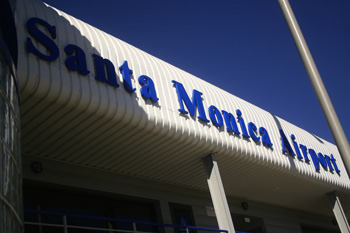 SANTA MONICA—In 2007, the Santa Monica City Council passed an ordinance designed to protect nearby homes and residential areas from aircraft with high landing speeds, since these aircraft were thought to be a significant hazard in the event of a plane-related disaster. Recently, the FAA obtained an injunction prohibiting enforcement of the ban reigniting old debates about the utility of the ordinance.

On Friday, January 21, the US Court of Appeals in Washington rejected a petition by the City of Santa Monica to review the decision of the FAA to halt a ban on fast-landing jets. The court determined that Santa Monica had no jurisdiction in the matter, since aviation is a federally-regulated industry.

Consequently, the court backed the FAA. As the court explained, the FAA’s decision “was not arbitrary, capricious, an abuse of discretion or otherwise not in accordance with the law.” The FAA is given exclusive jurisdiction over category C and D jets, i.e., those banned by the Santa Monica ordinance.  Category C and D jets are those with speeds of over 120 knots. The FAA had concluded that no significant safety issues resulted from the proximity of the municipal airport to Santa Monica residences, the core rationale for the ban.

Canyon News spoke with Ian Gregor, FAA representative for the Pacific region.  Gregor declined to comment on the decision except to say on behalf of the FAA that, “We were, and remain, confident in our legal position.”

At present, Santa Monica will not be permitted to enforce its ban.