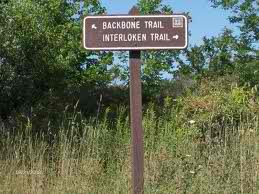 PACIFIC PALISADES—On September 11, Erik Scott, spokesman for the Los Angeles Fire Department, reported that a 50-year-old male hiking at Will Rogers State Park on the Backbone Trail was in distress. The victim, who was just north of the bridge, was reported to have possible heat exhaustion. By 11:24 a.m. the victim was elevated and transported by an LAFD helicopter to a local hospital. Erik Scott reported the incident to be non-life threatening.

Parts of the Backbone Trail were old animal paths that developed into single-track trails. While other trails were changed from fire roads. So far the newer sections have been built to modern trail standards. While on these trails, it is advised to take a first aid kit and sufficient food and water. Cell phone coverage within the trail may be continuously spotty so extra care should be taken within the premises.