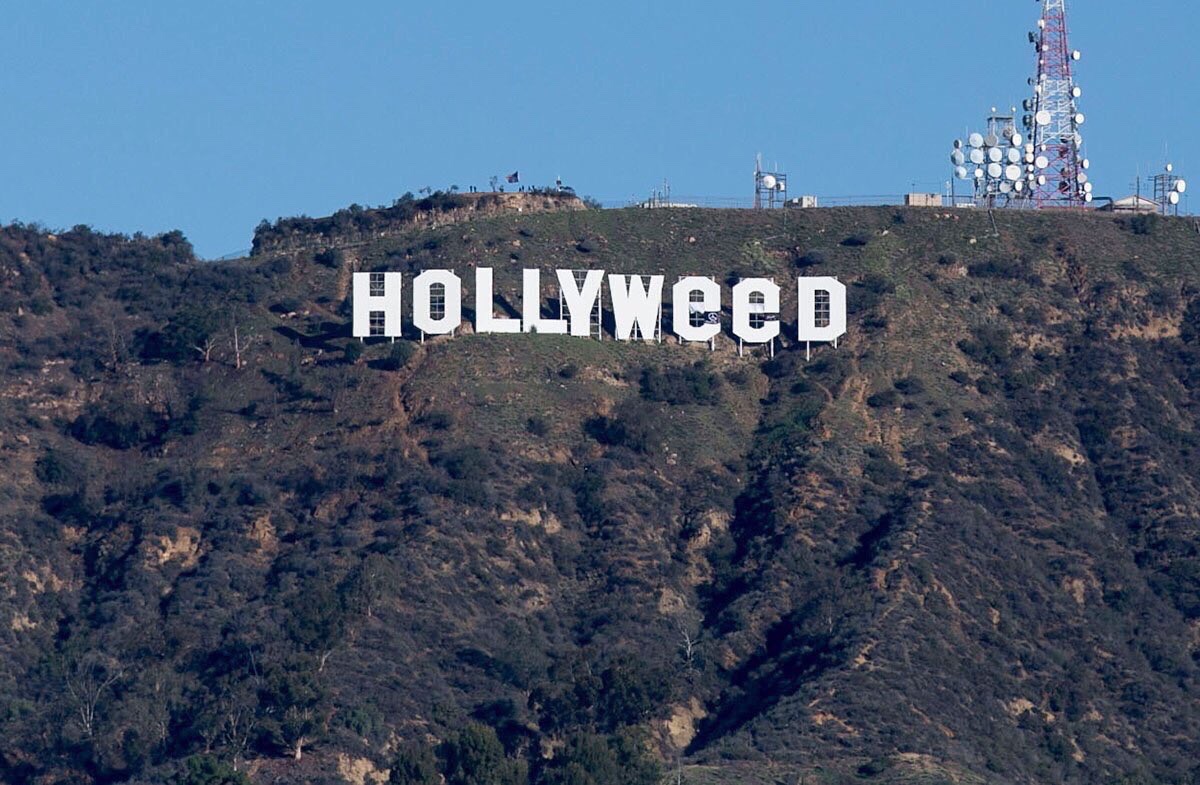 GRIFFITH PARK—The suspect responsible for changing the Hollywood sign to “Hollyweed” on New Year’s Day was arrested on Monday, January 9.

Zachary Cole Fernandez, 30, was arrested and booked on one count of trespassing, a misdemeanor, for the New Year’s Day prank. On Monday, Fernandez voluntarily turned himself in to Los Angeles Police Department detectives with an attorney by his side. The Los Angeles Times reported Fernandez was booked and released on a $1,000 bail.

According to reports in an interview with Vice magazine, Fernandez, an artist who goes by the name Jesus Hands, took credit for the “Hollyweed” sign prank.

“Sometimes in order to create the conversation, you have to be okay with the consequences. I’m very proactive about marijuana,” said Fernandez.

He also told the magazine that he was inspired to repeat the same Hollywood Sign prank from the 1970s to bring positivity into the world.

Fernandez told the LA Times, “I never expected it to get as big as it did.”

“The Hollywood Sign has seen many alteration attempts over the years for people seeking notoriety or commercial gain. Pranks of this nature deplete the resources of our valuable public safety personnel, in both responding to the prank and in responding to the increased crowds and copycat attempts that these incidents generate,” said Los Angeles City Councilman David Ryu in a statement.

Fernandez is scheduled to appear in court on February 15.