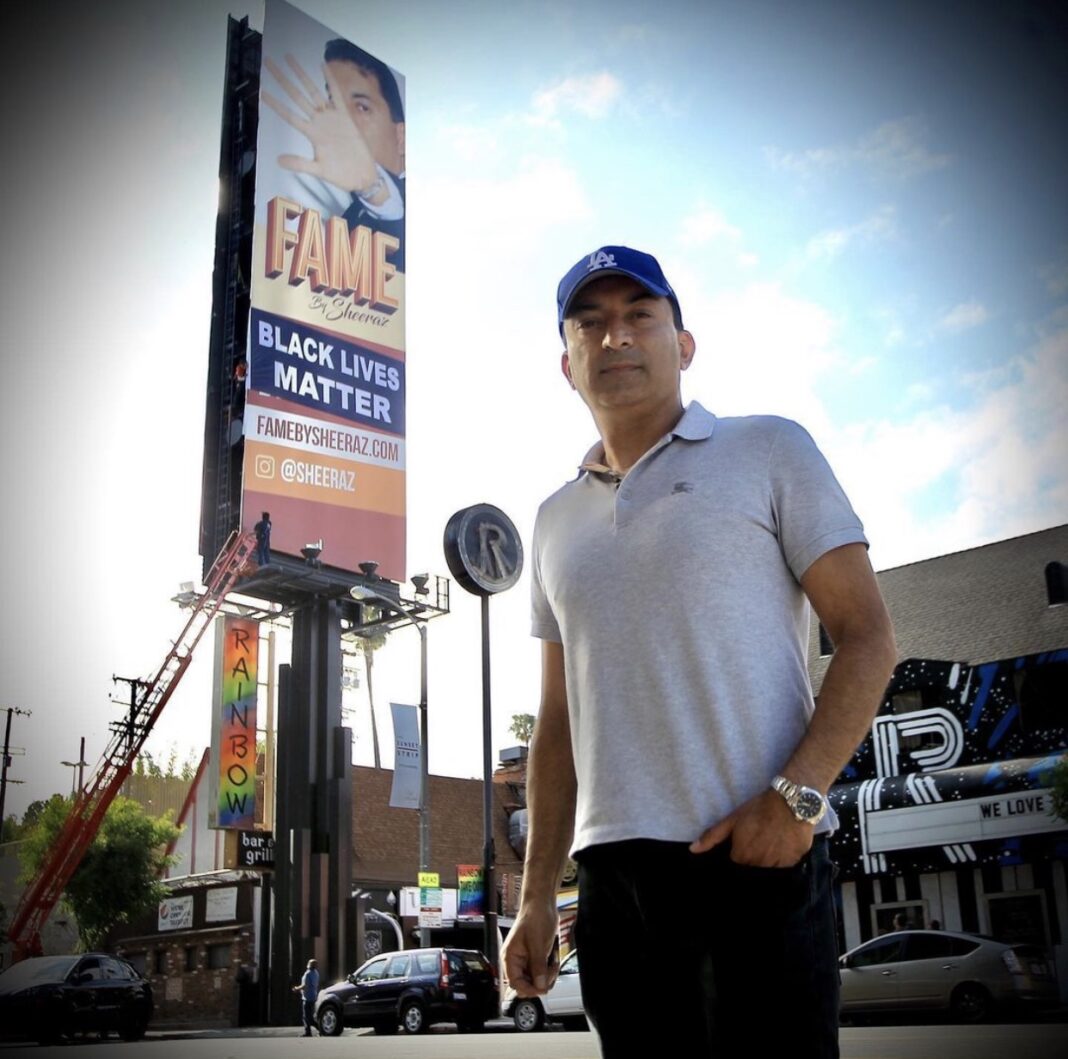 HOLLYWOOD—Entrepreneur and Founder of Fame By Sheeraz, Sheeraz Hasan promises that he can make people famous. Hasan launched an online course for people who are hungry for fame guiding them to jumpstart their career after following 10 steps for the price of $297.00.

Hasan was featured on ABC’s 20/20 where he spoke about his success in changing the lives of celebs such as Kim Kardashian West, Paris Hilton and Jennifer Lopez.

His master class is designed to make talent successful and close deals. He preaches to students that they can “get seen” “get heard” and “get famous!” for the reduced price of $297 at a $997 value.

He explains what fame is and asks his audience “What is your x-factor?” He refers to fame as a “drug” and breaks down what he has done with various celebrities in order to make them famous.

On November 16, he published a video on YouTube where he reviews the areas you need to master in order to become a successful student.

During the video he claims that he will handpick 15-20 graduates that he called “masterminds” to spend the weekend at a resort, such as Pelican Hill in Newport Beach for a two-day boot camp where they will network, eat together, have daily activities and hone in on individual talents per student.

“It will be like the Master Class again to that smaller group of people that need an extra push” Hasan said. “By the time you leave, you’ll have a lucrative idea directly for your brand with your tool kit telling you what you have to do.” He says it doesn’t matter if you have 5,000 followers or 1 million followers.

A student of the class, Johnny Gershon told Canyon News that he felt “scammed” and got a refund because he was led to believe that Hasan would feature him on his Instagram live that currently has 1 million followers, but the chat did not happen. He was told by Hasan’s assistant, Rick to “keep studying” in preparation for the live chat. Gershon told Canyon News that Hasan asked for $3,000 in exchange for a “package” deal that included an Instagram live chat, and a media write-up that would tie into Gershon’s story and, “make him famous.” He said, “They advertise you gotta pay to play. That’s not true, as an aspiring model and actor I’ve had some little spotlight and I’ve earned it, never payed for it.” Gershon called it a “glorified hype.” He asked Hasan for case studies of celebs who are now famous after taking his class which he has yet to receive.

Another student named, Monica Luisi who is featured on the cover of InLife Magazine after taking the Master Class told Canyon News that she is from a small town in New Jersey and came across Sheeraz online. She reached out to him on Instagram where they spoke the following day via Zoom about her desire to be famous and he offered her his master class. “I’ve always been obsessed with fame” she said. She completed the online classes from her home in NJ within a week and said, “they totally helped.”

She quickly developed a website, a podcast called The Teflon Mon and is expected to be on two more magazine covers by February. Luisi who believes in the “pay to play” method taught by Hasan told Canyon News that she paid $6,000 to be on the cover of InLife Magazine that was arranged through Hasan, and is planning on spending another $6,000 to be on the cover of QP magazine and around $1,000 for a cover and a write-up feature in Breakaway Magazine (who reached out to her) that will be out in February 2021. Luisi majored in broadcast journalism and always wanted to be a TV host. She said Hasan is a “good and helpful guy.”

Hasan has been in the entertainment business for 20 years and told Canyon News that he has a “strong track record.” He’s been endorsed during interviews by celebs like Kim Kardashian and on social media by Paris Hilton. He teaches his students to take action after they learn from him. He said, “If you don’t have the x-factor, then that’s not on me.”

He stated, “I’ve seen the pain my clients have gone through” and believes that his course can not only “save your life,” but “save you time and money,” as well while giving you the hard truth about breaking into the business of Hollywood. Hasan is consistent with the idea that fame is a game and if you don’t have thick skin, then “you need to get a different occupation ASAP.”

When asked about his response to Gershon, he said, “Good luck to him.”