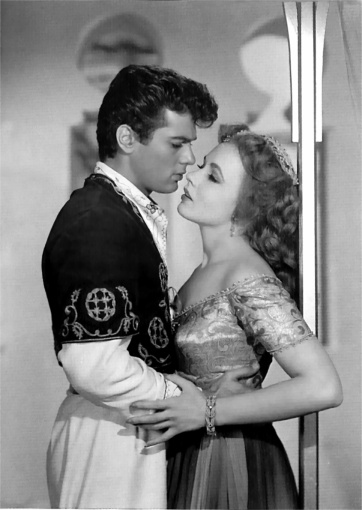 HOLLYWOOD —Film icon Tony Curtis died of cardiac arrest on Wednesday, September 29, in his home in Henderson, Nev. Curtis had heart bypass surgery in 1996 and his health continued to decline from that point on. Tony Curtis was born Bernard Schwartz in Bronx, N.Y. on June 3, 1925. He later took the stage name of Tony Curtis when he started his career in the movies in 1949. Coming from the theatre, he first used James Curtis and later Anthony Curtis as stage names.

Curtis was married to Jill Vandenberg Curtis at the time of his death. The couple married in 1988. His first marriage was to actress Janet Leigh in 1951. They divorced in 1962. The couple had two daughters, one being actress Jamie Leigh Curtis. In 1963, Curtis married Christine Kaufmann, whom he had two children with and later divorced in 1967. In 1968, the actor married Leslie Curtis, whom he divorced in 1982. They also had two children. Two years later, Tony married Andrea Savio, and their union ended in 1992. In 1993, Curtis had a one-year marriage to Lisa Deutsch just before marrying Jill.

Just as prolific as his marriages, Curtis’s film career spanned six decades. A Universal Studios contract player, Curtis joined the A-list of Hollywood hunks at the famed studio which included Rock Hudson, Jeff Chandler and George Nader. Hollywood’s esteemed veteran talent manager Budd Burton Moss, whose father was a film editor at Universal Studios, and who also worked with Curtis tells Canyon News, “We all loved Tony. In addition to my dad editing his films, I also worked with Tony on the film ‘City Across The River’ in 1949. I was part of the gang of boys in the scenes with Tony.”

Curtis appeared in some of Hollywood’s most successful films. In 1960, he starred opposite Sir Laurence Olivier and John Gavin in “Spartacus,” and in 1958, with Academy-award winner Sidney Poitier in “The Defiant Ones.” Before Curtis agreed to star opposite Poitier, he found out that his costar would not be given equal billing to him in the film because of Poitier’s race. Tony told the studio that he would refuse to do the picture unless his equal partner in the film received billing alongside his name. This was the kind of man Curtis was known for being in the entertainment industry. Curtis received an Academy award-nomination for his role as a racist escaped convict handcuffed to a black escaped convict, played by Poitier.

Former Columbia Studios player and film, stage and television actress Constance Towers, who stars on ABC’s “General Hospital” and who is married to Ambassador John Gavin, tells Canyon News, “I had a very privileged insight to Tony. I first met him when I bought the house that he and Janet Leigh owned in Beverly Hills years ago which was eventually Sammy Davis’ last home. He was so much fun to know and so bright. Tony was so far advanced in his appreciation and knowledge of modern art long before it became so popular. His collection at that time had Arpel pieces. He had an eye for real estate and owned and refurbished many Beverly Hills homes. He had a delightful sense of humor especially about himself. Jack [John Gavin] and I both enjoyed his friendship over the years. He was a character and a lovable one. He was an icon of a fabulous era in film. He was much more than the actor who said, ”˜Yonder is my Fodder’s castle.’”

“Tony was not only one very talented actor in our film industry, but one of the most charming, caring and funny men I have ever met. He was also a bit of a flirt! He will be long remembered and greatly missed,” said Tippi Hedren the star of “The Birds.”

Tony Curtis did become a star because of his handsome good looks, with a chiseled face and his thick, curly black hair. However, by the late 1950s Tony was considered a great actor. One of his favorite movies during his decade’s long acting career was Billy Wilder’s 1959 classic “Some Like It Hot,” which costarred Jack Lemmon and Marilyn Monroe. Curtis later admitted that he played his character Joe in the film by pretending to be his icon Cary Grant.

After his distinguished acting career slowed down, Tony began painting. Many of his paintings sold for tens of thousands of dollars to collectors. His reason for taking up painting was, as he put it, “I’m not ready to settle down like an elderly Jewish gentleman, sitting on a bench and leaning on a cane,” he said to a reporter in 1985.