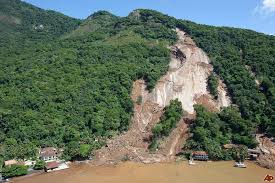 MELROSE —On February 6, an early-morning mudslide occurred on Manistee Drive off of Ocean View Boulevard, bringing damage to numerous homes and sweeping away cars in the area. The incident, brought about by recent rainy weather, prompted a series of evacuations of as many as 500 tenants.

Another mudslide incident occurred near the area on Fairhurst Drive near Rock Castle Drive at approximately 3:30 a.m. Some residents were also compelled to evacuate.

A closure also occurred on Nichols Canyon Road in Hollywood Hills as a result of another mudslide. As a precautionary measure, a Los Angeles Fire Department Urban Search and Rescue Team went to the scene.

Other affected areas included Topanga Canyon Road north of the Pacific Coast Highway and south of Grand View Drive in Topanga, where another closure occurred.

Flooding of rainwater also brought further damage to businesses on Melrose Avenue between North Vista and North Gardner Streets.  The YouTube video at youtube.com/watch?v=sebparjVWRY&feature=player_embedded# shows severe flooding causing damage to stores and restaurants on Melrose Avenue in Los Angeles’ Melrose Village Area. Storm drains overflowed rainwater, which backed up into businesses on the north side of the block between Gardner Street and Vista Street, as the affected businesses, including a clothing store, became damaged, with water seeping under their closed doors.

The flooding was reported by the Melrose Action Web site at melroseaction.com/.