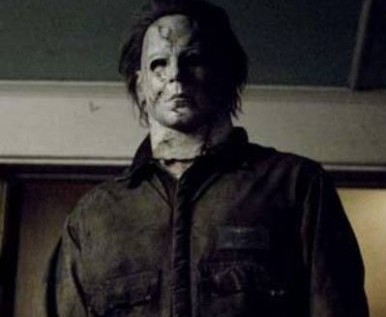 HOLLYWOOD—It wouldn’t be Halloween if we didn’t celebrate the movie that turned the holiday into a fright fest. There is only one boogeyman in my eyes and he is indeed a frightening one to say the least: Michael Myers.  The name alone sends chills down some people’s spines.  John Carpenter’s 1978 classic is heralded as the picture that birthed the horror genre and evolved from the groundwork set by Alfred Hitchcock’s 1960 classic “Psycho.”  So what is it about the movie “Halloween” and Michael Myers that left so many thrills? For starters it utilized a technique of presenting the killer’s point of view to the audience.

It’s a smart tactic, but if not done correctly can make a horrible film even worse, trust me so many pictures attempted to copy this tactic utilized by Carpenter without his precision for detail. He didn’t use the camera as a gimmick. “Halloween” starred scream queen Jamie Lee Curtis (daughter of Janet Leigh), as heroine Laurie Strode who finds herself stalked by a psychopath who escapes a sanitarium.  That suspect is none other than Myers, who murdered his sister when he was six years old. The film is quintessential horror at its best because it had a great story, suspense, a villain that was merciless and eerie music.  Just hearing that score sends thrills, it also helps that the movie had a twist of an ending that left audiences screaming for more.

The success of the original, of course, spawned “Halloween II,” which was a mediocre picture.  The Michael Myers from the previous installment was nowhere to be found; the mask wasn’t even scary and the bulk of the chaos took place at a nearly abandoned hospital.  A great element was the surprise that our psychopath and the heroine were brother and sister.  No point in discussing the third installment in the franchise, as with “Friday the 13th” and “A Nightmare on Elm Street” it was pointless.

After the second and third installments failed to generate buzz, the franchise took a break and returned in 1988 with “Halloween 4: The Return of Michael Myers.”  Here’s another sequel that really amped up the scares and revitalized the franchise as Michael came after his niece.  It was the first picture, to see a villain target the innocence of a child and that ending left gasps from the entire audience. My only critique was the mask, it was so unauthentic and not as horrifying as one would expect. “Halloween 5: The Revenge of Michael Myers” saw the return of Danielle Harris as Jamie Lloyd, Michael’s tortured niece. This installment was a bit all over the place and not really solidified in reality.  It had some moments, but that ending has still left me baffled.  Just who was helping Michael Myers continue his reign of terror?

“Halloween: The Curse of Michael Myers,” as with any good franchise attempted to wrap up the saga, but left audiences confused with a witchcraft type plot that left little for the audience to decipher.  Fast-forward, three years later and Jamie Lee Curtis returned to the franchise that launched her career with “Halloween: H20.” This was indeed a thrilling chapter in the series that saw villain and survivor go toe-to-toe for one final duel which ‘supposedly’ wrapped the series.  Of course in Hollywood big bucks indicate sequel, as “Halloween: Resurrection’ brought Michael back from the dead in a clever idea, that presented little to no thrills whatsoever to the audience, as college coeds spent the night in Michael Myers childhood home.

Perhaps, in my opinion the greatest remake ever made, next to “The Texas Chainsaw Massacre” was Rob Zombie’s 2007 take on “Halloween.” It was riveting, imaginative and thrilling to say the least.  That mask was frightening, the presence of our villain was taken to new heights and it was a mix of old and new that worked; a remake quite close to excelling over the classic.

So what is it about Michael Myers that screams horror? It’s his presence. He is a character that exudes horror in all the right places without being over the top.  His presence to stalk his victim leaves an uneasy feeling with the spectator that you’re always being watched.  His weapon of choice is a large butcher knife; and he never talks. Perhaps the most frightening aspect is the William Shatner mask that Michael Myers dons.  I’ll be honest William Shatner from “Star Trek” is not scary, but place a bit of white paint and frizzy hair and it’s a spook fest.

I must admit Myers did usher in a load of copycat horror flicks that were unleashed after the original “Halloween.”  It’s been said time and time again that there are many horror films out there, but there is only one boogeyman and Michael Myers takes that prize without any competition standing in his way.