UNITED STATES—Members of the House of Representatives passed a $1.4 trillion spending bill on Tuesday, December 17, to prevent a government shutdown.

The spending package will fund the government through September 2020. The bill provides increased funding of $5 billion from the defense fund to go toward the border wall on the southern border, along with the elimination of several taxes on the healthcare included in the Affordable Care Act.

The age requirement to purchase tobacco was raised from 18 to 21, and funds for a dozen other Democratic programs including $25 million for gun violence research were passed in the new bill. The Department of Defense will get $738 billion; a $22 billion increase from last year.

The vote for defense related departments passed 180-138, and the vote for non-defense agencies including expiring tax breaks passed 297-120.

All Pro-life bills are protected under the new spending bill that passed the House today. 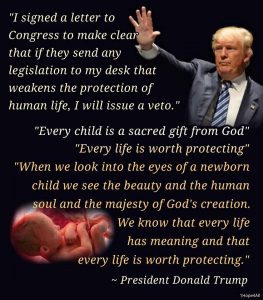 In an EWTN Nightly News interview with Jason Calvi, Program Director, Autumn Christensen from the Susan B. Anthony List stated, “All existing pro-life bills are protected. All of the poison pills that the Pelosi House tried to insert into the bill have been rejected. One that was particularly fought was the Shaheen amendment which would have increased funding for US-based organizations that go overseas and provide family planning and also promote abortion. So that was a particularly hard-fought battle and we are pleased to say the Shaheen amendment was rejected.”

“It is out of the package. We are grateful to Leader McConnell, Leader McCarthy, and especially the President for their work to make sure we maintained all of our pro-life protections.”

The deadline to pass the bill to fund the government was Friday, December 20, where all 12 spending bills were approved. President Trump is expected to sign the bill should it pass the Senate.