UNITED STATES—There’s no doubt about it. Las Vegas has seen better days, financially speaking at least. Take a look at the official figures for the city’s revenues and you’ll see some interesting trends regarding the infamous party city. The fact that Macau now outstrips it in tourist revenue terms earning almost three times as much but with lower visitor numbers, must hurt too. This all adds up to one thing.

Where are the answers for Las Vegas and its casinos?

The city is constantly looking for new ways to reduce costs and attract more visitors. Could the answer to this lie over the border in Silicon Valley? There’s been a whole lot written about how robots are coming to rule the world. Whether or not this is true, a lot of the development work that’s going on is being carried out here in California. Before long, the fruits of the tech geniuses could be on display all along the famous Strip.

Of course, it’s not just in the casino industry that robots are set to make a big impression. They’re transforming everything from healthcare to logistics too. So how exactly will a robot transform the way that people play games like roulette, blackjack, and craps? We’ll leave the major money-spinner slots out of this for the moment. After all, you could argue that these machines are already part-robot, with intricate systems that control payouts, winning systems, and patterns of chance.

Let’s take this casino favorite as an example. The role of the croupier is essentially to set the ball in motion, collect the bets, and pay out the winnings. There’s no reason at all why this process couldn’t be automated. In fact, every day, millions do play an automated version of the game online, and if you put yourself in their position it’s easy to see why. You just have to search online from anywhere in the world. It’s not just in the US that the iGaming industry has proven popular in this digital age, for example, in Canada you can choose a casino you like by searching on sites like Online Casinos Canada, find the one that’s right for you, set your wager, and away you go. There’s no need for human intervention and you can just focus on the play and game itself. 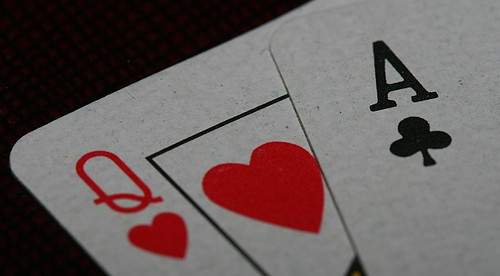 Blackjack is a slightly different example. This game involves an element of judgment from the player and the dealer. But it still largely relies on probabilities, so there’s no reason an automated dealer couldn’t make the right decisions in their quest to get as close as possible to the magic number. Whether the automated dealer in question would need to be a Blade Runner-style replicant or a simple dealing machine is open to debate. What is certain is that it would represent one less person on the payroll.

In a city where the biggest single employment provider is the leisure and gaming industry this really is at the nub of the matter. While increasing the use of robots would cut down on staff pay in land-based casinos, what would become of the people who were no longer required? There are many practical questions that need to be answered before casinos start to replace everyone – from pit bosses to bartenders – with Californian robot tech. And, if it’s anything like the other industries facing such questions, it’ll take a pretty long time to answer them.

The secret to success here is a healthy balance between both worlds – classic Vegas and futuristic Cali – to create an innovative amalgamation of new tech and the consumer journey. For example, online casinos also offer live games, in which players join a worldwide live-stream hosted by real-life croupiers. The sector itself is a prime example of how the entertainment industry could and can benefit from becoming a cyborg, utilizing both what gamblers have enjoyed about casinos for many years, and what could take them forward into the future.

SMC To Remain Remote-Only For Summer 2021

“Sound Of Metal” Is Riveting Cinema