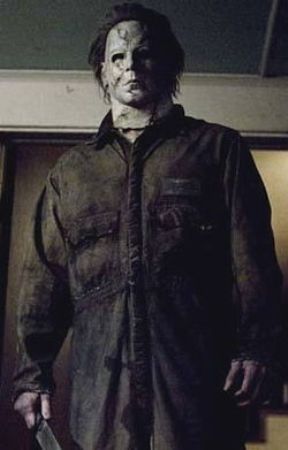 HOLLYWOOD—The horror genre is in a slump right now.  With Halloween right around the corner it’s expected that everyone will be looking for a great scare.  Most of us are likely to resort to the films of the 1980s. Why is that? Well the ’80s is when the horror genre exploded, but with that explosion also came the death of the genre as we know.  It was the birth to unnecessary sequels, psychopath’s cloaked with every possible costume you can imagine and violence reached an all-time high.

Alfred Hitchcock’s 1960 classic “Psycho” gave birth to the genre as we know it.  After “Psycho,” we were given “The Exorcist” in 1973, “The Texas Chainsaw Massacre” in 1974, “Carrie” in 1976, “Halloween” in 1978 and “Alien” in 1979.  These were films that redefined the element of terror through the use of graphic violence, the supernatural, suspense or claustrophobia.  “Friday the 13th” was the first film that birthed the slasher genre as we know it, spawning multiple sequels and a formula that every movie in that decade attempted to follow.  That film caused the horror genre to be defined by that premise.

Almost every horror flick made during that era spawned a sequel.  There was “Prom Night 2,” “Hellraiser: Hellbound,” “The Texas Chainsaw Massacre 2,” “Halloween II,” “A Nightmare on Elm Street 2: Freddy’s Revenge” and the list goes on.  The problem with those films was they were pointless sequels with no story, barely developed characters and a villain that dispatched people for no apparent reason.  That decade alone there were a total of eight “Friday the 13th” films.  Freddy Krueger appeared in five films, while Michael Myers spawned four sequels.  There were a select few that were better than the original such as “A Nightmare on Elm Street 3: Dream Warriors” and “Aliens,” but where those films excelled there were 10 more that failed.

The rule of thumb for a sequel is that it should only be created if there’s more to the story that couldn’t be completed in the previous film.  Making a sequel for profit does not work; there must be an advancement of the story and evolution to the characters. A change of scenery is always good too. That decade audiences endured countless movies where all the action took place at a single location with idiotic characters not smart enough to realize the danger surrounding them. Viewers knew how the film would end before seeing it.

Furthermore, audiences endured countless killers in masks.  There was the hockey mask, a William Shattner mask spray painted white (Michael Myers), human flesh, deformed faces, etc.  The thought was that if you created a villain with a unique mask and weapon of destruction the audience would gravitate, but that wasn’t the case. Jason, Freddy and Michael Myers masks became iconic with pop culture because the originals were such classics; we hadn’t seen anything like that before.  Other notable villains weren’t viewed as being unique in the public sphere.

The biggest factor that helped dismantle the genre was the excessive violence depicted on the screen.  Many theorized that people wanted to see gruesome death sequences, but that was not the case.  That’s not horror, that’s disgust and many movies relied on that assumption.  Gore doesn’t sell movie tickets, story does.  Anyone who takes a second look at the original “Psycho” and “Halloween” will realize those films had violence in them, but the story was driven by suspense and character development.  Violence is an element in any horror film, but it doesn’t have to be over-the-top to sell the picture.

The ’80s delivered a fatal blow to horror as we know it, but there is still life in the genre. Let’s not continue to rehash out films based on iconic villains of that era or continue to follow a formula that didn’t have any form of a story, just a body count.  Writers, directors and studios willing to take a risk are likely to have a film that changes the genre as we know it.  Just remember what “Paranormal Activity” did last year?  The buzz ignited and viewers were scrambling to see it.  Audiences like originality.  When it comes to horror, viewers must acknowledge how dreadful the films of that decade were and not continue to praise them as classics.