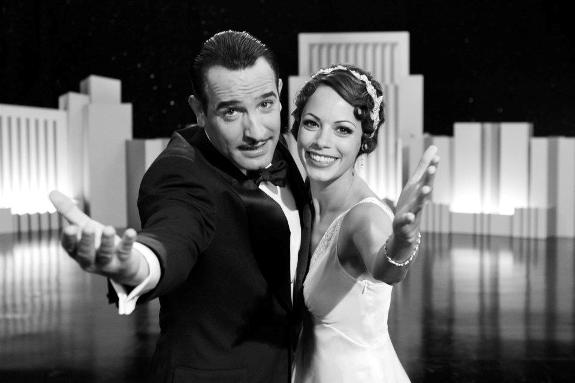 HOLLYWOOD—The stars were awakening in the wee hours this morning as the nominees for the 84th Annual Academy Awards were announced.  Leading the pack of films is “Hugo” with 11 nominations including Best Picture, following close behind was “The Artist” with 10 nominations.

The Best Picture race will be an interesting one as nine movies will compete against each other for the coveted prize.  Those films include “War Horse,” “The Artist,” “Moneyball,” “The Descendants,” “The Tree of Life,” “Midnight in Paris,” “The Help,” “Hugo” and “Extremely Loud & Incredibly Close.”  Missing from the list is critical favorite “Bridesmaids.”

The Best Actress category includes nominees Meryl Streep “The Iron Lady,” Viola Davis “The Help,” Glenn Close “Albert Nobbs,” Michelle Williams “My Week with Marilyn” and surprise nominee Rooney Mara “The Girl With the Dragon Tattoo.”  Mara unseated Tilda Swinton for “We Need to Talk About Kevin” and Charlize Theron for “Young Adult” who were expected to be nominated.

For Best Actor there were surprises galore and I must say my predictions from last week were correct as both Gary Oldman “Tinker Tailor Solider Spy” and DemiÃ¡n Bichir “A Better Life” both picked up nominations.  They will compete against George Clooney “The Descendants,” Brad Pitt “Moneyball” and Jean Dujardin “The Artist.”  Nominations for Oldman and Bichir make this race wide open with all contenders having a fair shot at the win.  Leonardo DiCaprio and Michael Fassbender who were expected to receive nominations for their work in “J. Edgar” and “Shame” were left off the list.

For Best Supporting Actress frontrunner Octavia Spencer “The Help” will face off against her co-star Jessica Chastain, Melissa McCarthy “Bridesmaids,” Janet McTeer “Albert Nobbs” and BÃ©rÃ©nice Bejo “The Artist.”  There were a few surprises in the Best Supporting Actor category as Nick Nolte “Warrior” and Max Von Sydow “Extremely Loud & Incredibly Close” received nominations for their work.  Also nominated for Best Supporting Actor include Jonah Hill “Moneyball,” Kenneth Branagh “My Week with Marilyn” and Christopher Plummer “Beginners.”  Missing from this category was early favorite Albert Brooks for his wicked performance in the thriller “Drive” alongside Ryan Gosling.

Nominees for Best Director include Martin Scorsese “Hugo,” Michel Hazanavicius “The Artist,” Alexander Payne “The Descendants,” Woody Allen “Midnight in Paris” and Terrence Malick “The Tree of Life.”  Malick was a surprise in the category as many expected Steven Spielberg “Warhorse” or Tate Taylor “The Help” to be nominated.  As I stated, while “The Tree of Life” isn’t the easiest movie to understand, it’s a cinematic masterpiece in its own respect.

In the writing categories, for Best Original Screenplay nominees include “Bridesmaids,” “The Artist,” “Margin Call,” “Midnight in Paris” and “A Separation.”   For Best Adapted Screenplay nominees include “The Descendants,” “Hugo,” “The Ides of March,” “Moneyball” and “Tinker Tailor Soldier Spy.” Surprisingly missing from this list is “The Help” which I was certain would pick up a nomination.

Now that we know who the nominees are for Academy Awards, it now time to start making predictions as to who will win on Hollywood’s biggest night.  I’ll be releasing my picks for some of the major categories in the coming weeks.  Who do you think will win big?  The 84th Academy Awards will be televised live on Sunday, February 26, 2012 at 8:30pm (EST) on ABC.  Comedian and actor Billy Crystal will host the ceremony.