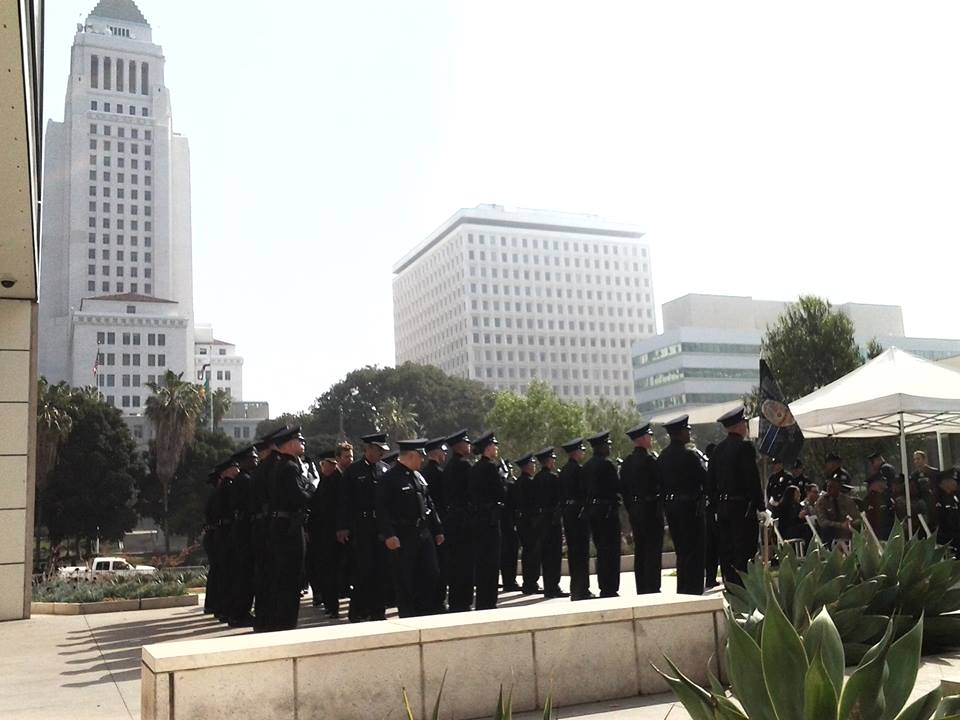 STUDIO CITY—The Los Angeles Police Department North Hollywood Division Robbery Detectives are asking for the public’s assistance with information that would lead to the arrest of two suspects involved in a theft in Studio City.

According to the LAPD Blog, on March 31 at around 1:30 p.m., an elderly female victim was grocery shopping at a store located in the 12800 block of Ventura Boulevard, when she was approached by a male suspect. The suspect distracted the victim by asking her a question about a food product. That is when the first suspect took the victim’s wallet from her purse, as a second suspect served as a lookout.

The suspects used the stolen credit cards at several locations. The first suspect is described by police as an African-American, with black hair, and stands 5 feet and 8 inches tall. He weighs 180 pounds, is 45 years of age, and was well dressed in a dark business suit.

The second suspect is described as an African-American male with a mustache, with grey thinning hair, standing 6 feet tall. He weighs 180 pounds, is 60 years of age, and was seen wearing a white polo shirt with stripes and blue jeans. The suspects were seen driving an unknown make/model white SUV.

Anyone with information about the crimes is asked to contact Detective Hammer or Detective Mahoney, North Hollywood Area Robbery Detectives at 818-754-8424. During non-business hours or on weekends, calls should be directed to 1-877-LAPD-24-7 (1-877-527-3247).