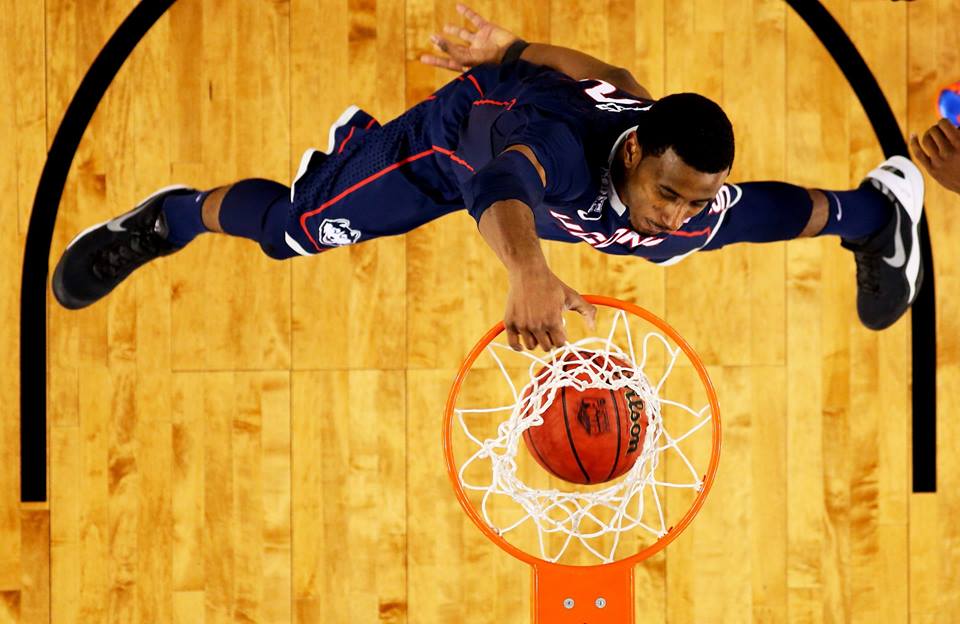 ARLINGTON-The Huskies’ huge comeback early against Florida earned them another trip to the national championship. A 16-4 margin by the Gators in the first nine minutes ended with UConn finishing the game with a 63-53 win over Florida to head to the final against the Kentucky Wildcats. DeAndre Daniels made 20 points with 10 rebounds to help UConn to victory.

The top seeded team in the south region met up in the first national semifinal with the seventh seeded Huskies making a run through the basketball tournament. They didn’t expect to play the same game that Florida is used to and it showed right away.
Florida went on a 7-2 run in the first five minutes, with two Florida starters making threes off the bat. The gap widened further for UConn as they found themselves down 12 with 10 minutes left as Scottie Wilbekin made the jumper to give him two three pointers so far.
The Huskies had enough of being kicked around and brought their game alive with Daniels and Ryan Boatright making back to back threes to cut the lead down to six. They came within a point where Daniels again nailed a three going 2-2 with six left on the clock. The Gators continued to grow to a two possession game, but the Huskies barked back to come within a point and remained that way until Daniels third jumper gave them the lead going into halftime.

Shabazz Napier and Boatright carried the team in the second half where the junior guard notched four points in seven minutes with Niels Giffey following close behind with a shot in every part of the zone. By midway, the Huskies opened the game going up six with 10 minutes left. The struggle showed on the Gators starting line as they began to miss on the three-pointer, but nailed one by Michael Frazer II in the first two minutes, the only one all game long.

Knowing that part of their game was gone, UConn dominated, growing their lead as high as 14 with four minutes left. Their defense helped topple what little offense

Florida had left in them. The Huskies made 10 of 13 from the free throw and just 5 of 12 from the back line. Napier was ready to play in his second national title game since being a sophomore last time they made it there. With a new opponent in the eight seeded Kentucky Wildcats, a new coach on the bench and a 3-0 record in the final, more surprises could follow.