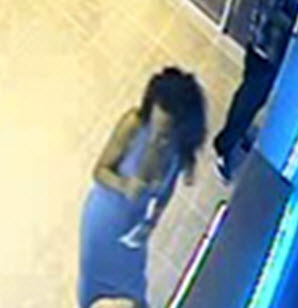 SANTA MONICA—On January 14 the Santa Monica Police Department released a bulletin reaching out to the public for help in finding identity theft suspects. Since November 2013, detectives have been trying to track these suspects down.

The process through which identity theft occurs begins with a fraudulent account being opened in someone’s name without his or her knowledge. The culprits then make a wire transfer from another account to the fraudulent account, which comes across on one’s banking statement as a debit card transaction, said Detective Robert D’Andrea of the Santa Monica Police Department to Canyon News.

“There’s two basic parts to this. One, they need to get into your account to do that transaction. Two, they need someplace to liquidate that money,”Â said Detective D’Andrea. “So they take your personal identifying information and open a checking account online where they move the money out of the other person’s account into this account that you had no idea that this person opened up in your name.”Â

Not only is there an identity theft issue at stake, but there is also a bigger scheme in play by a “crew somewhere in Santa Monica,”Â said D’Andrea. The photographs taken of the suspects are mostly in
Santa Monica, but the one shown is taken in Inglewood.

The ”Ëœcrews’ have multiple mechanisms in motion at the same time including burglary schemes, stealing checks and computer work set up to steal people’s identities. They wash stolen checks with a solution that removes the ink so they can deposit the new rewritten ones into the fraudulently opened accounts under other people’s names.

The realities of identity theft are far-reaching and are not disclosed soon enough to the victims. They can be individuals in the Midwest who will have their names put in the system in California and have no knowledge of it until after the fact.

“Everyone should check their credit report at least twice a year,”Â said D’Andrea. “If you’re going to use your computer for online banking make sure you have good up-to-date anti-virus software. Also use a secure mailbox that is locked.”Â

Portions Of Crescent Drive To Be Closed

“Bad Boys For Life” Is Action-Packed