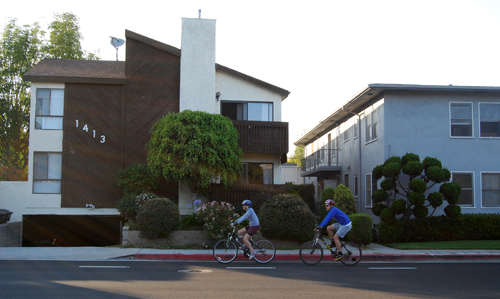 SANTA MONICA—The Santa Monica City Attorney’s Office successfully completed its prosecution against a local single-family home owner who was operating the residence as an “unpermitted short-term vacation rental,” according to a press release by Deputy City Attorney Yibin Shen. Homeowner Bruno Vavala, operated his two-bedroom home at 804 Nay Street in Santa Monica for several months as a short-term lease for tourists and vacationers, violating the City’s Zoning Code in the process.

Vavala had been advertising his home rental on Flipkey.com since July 12, offering vacationers a minimum two-night stay for up to 10 people; even offering weekly or monthly rentals. City attorneys David Fairweather, Yibin Shen and Terry White were assigned to the case, and after “refusing to heed repeated warnings by the City’s Code Enforcement Officers,” the City began its prosecution against the illegal rental.

The purpose of Santa Monica’s City zoning codes is to “maintain and protect the existing character of residential neighborhoods, and prevent undue burdens on limited public facilities within those neighborhoods, among other things.” Prosecution began against Vavala after numerous complaints from surrounding residents were reported to police for traffic nuisances, safety concerns and excessive noise, due to the home’s illegal use as a hotel.

On August 2, Vavala pleaded “no contest” to the charges brought against him for using his residence illegally under Santa Monica Zoning Code; the first conviction of its kind in the city.  Vavala entered into a plea agreement with the City Attorney’s Office and was subsequently put on probation, as well as being required to pay fines, court costs and reimburse the City’s enforcement costs. His charges will total approximately $4,000.